World would have supported Kashmiris if they were not Muslims: Imran Khan 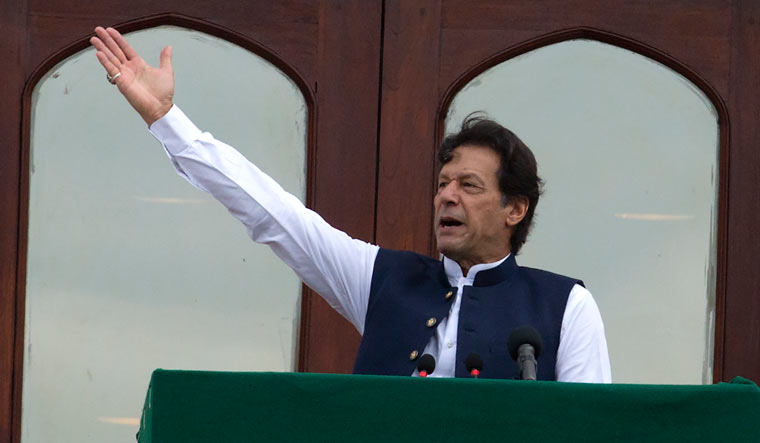 Pakistan Prime Minister Imran Khan on Friday sought to play the religion card over Kashmir after his country's repeated attempts to get the support of international community yielded no results.

Khan said the entire world would have supported Kashmiris if they were non-Muslims, stressing that Pakistan would stand by the Kashmiri people till their last breath, reported The News.

Pakistan on Wednesday observed the "Kashmir Hour" to express "solidarity" with the Kashmiris as many rallies were held across the country, weeks after India revoked the special status of Jammu and Kashmir.

Addressing the demonstrators, Khan launched a scathing attack on Prime Minister Narendra Modi and the Rashtriya Swayamsevak Sangh, the ideological mentor of the ruling BJP.

Drawing parallels between Hitler's Nazi Party and the RSS, Khan said: "They think Muslims should be taught a lesson. That they are not equal citizens of India. The entire world is seeing what is happening in Kashmir."

He said the purpose of observing the nationwide protest was to apprise the Kashmiris that Pakistan shared their "grief and pain" and "fully stand by them".

Khan said Pakistan would give a "befitting response" if India attempted to launch a "false flag operation" in Kashmir.

Tension between India and Pakistan spiked after New Delhi revoked the special status of Jammu and Kashmir under Article 370 and bifurcate the state into two Union territories on August 5.

India, however, has categorically told the international community that the scrapping of Article 370 was an internal matter and also advised Pakistan to accept the reality.