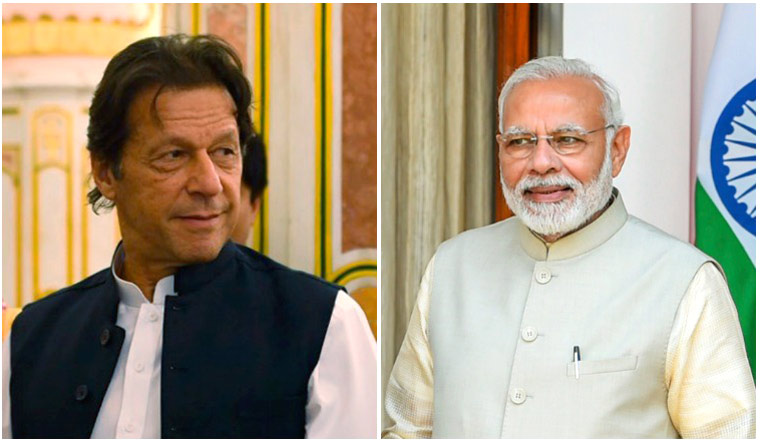 With just hours left for the United Nations Security Council's (UNSC) “closed-door consultation” on Kashmir, Pakistan PM Imran Khan has continued his attack against the Narendra Modi-led Indian government. Hitting out against the "Hindu Supremacist Modi government", Khan warned against using forces against the will of people. "The fascist, Hindu Supremacist Modi Govt should know that while armies, militants & terrorists can be defeated by superior forces; history tells us that when a nation unites in a freedom struggle & does not fear death, no force can stop it from achieving its goal (sic)," he tweeted.

He added that India's "fascist" approach is set to fail miserably in Kashmir. "That is why the Hindutva exclusivist creed of the Modi-led Govt with its fascist tactics in IOK will fail miserably in its attempt to smother the Kashmiri liberation struggle," Khan said in a second tweet.

Khan had, in an earlier response criticising India's move to abrogate Article 370, warned that the policy was influenced by the RSS ideology and had likened it to that of Nazi Germany.

Modi has "committed a strategic blunder, he has played his last card. It will cost a lot to Modi and the BJP. Because they have internationalised the issue of Kashmir," Khan had stated on Wednesday, on the occassion of Pakistan's Independence day. "The world's eye is on Kashmir and on Pakistan...I will be the ambassador who raises Kashmir's voice at every international forum," he said. Khan had said Pakistan had solid information that India was planning some actions in Kashmir and warned that his battle-hardened army was ready to give a befitting response to any aggression.

Meanwhile, the UNSC will hold a “closed-door consultation” on India’s withdrawal of the special status of the 'disputed' territory of Kashmir on Friday, following Pakistan foreign minister Shah Mahmood Qureshi’s recent letter to the UNSC. Qureshi had written the to the UN that India was “preparing ground” to withdraw the special status of Jammu and Kashmir.