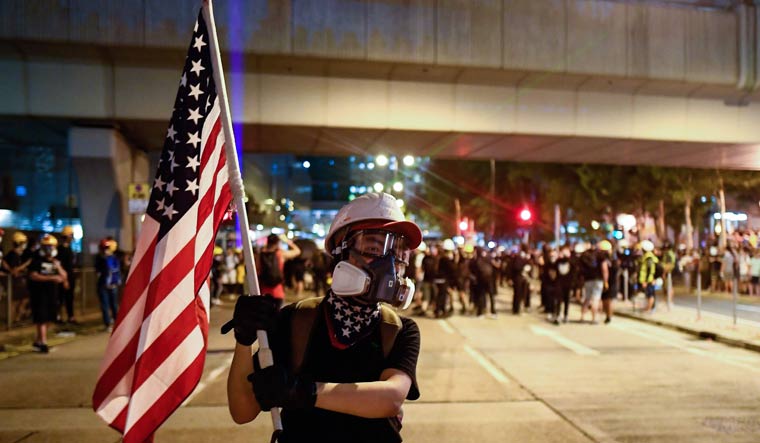 Hong Kong seem to be heading to a 'Tianenmen-like' situation with thousands of protesters thronging the streets. Chinese media had already warned of potential terrorism rising in the country and even accused the US of supporting the riots. A video posted on twitter shows pro-democracy supporters in Hong Kong waving the American flag adding to the fury of the Beijing-backed government.

The protest had initially started in angst against a bill introduced in February which allowed the city's citizens to be extradited by the Chinese government. Despite a suspension of the bill, citizens have demanded more political and democratic reforms. Hong Kong's autonomy from China runs out in 2045 putting the city's future in jeopardy, should the city fall in to the communist regime.

China's foreign ministry spokesperson Hua Chunying had on Monday told the press that the US and the UK had openly endorsed the demonstrations, thus fueling the protests. Hua even accused the US political hierarchy of meeting anti-China stakeholders in Hong Kong, thereby criticising China and instigating activities that undermine the Beijing-backed government.

She also added that whatever Hong Kong's problems are, they are China's internal affairs and urged all external factors to stay out.