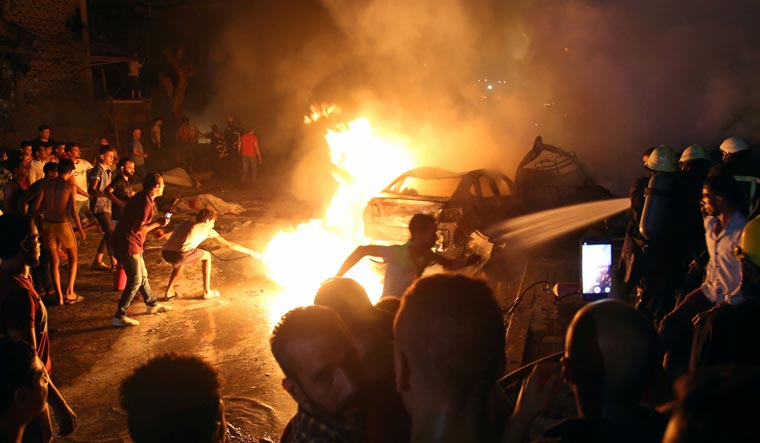 People extinguish a fire from a blast outside the National Cancer Institute, Cairo | Reuters

Nineteen people were killed and over 30 injured when an explosion set off by a multiple car crash led to a fire at a cancer hospital in central Cairo, according to Egypt's health ministry.

The crash happened near Tahrir Square in Cairo, Egypt on Sunday when a car driving against traffic on Nile corniche road collided with three other vehicles, causing the explosion.

The explosion then ignited a fire in the National Cancer Institute hospital and patients were evacuated soon after. The injured were taken to other hospitals and the fire was later brought under control. The health ministry has not given any more details on the casualties or the injured people.

Officials said it was not clear how the crash caused the explosion, which triggered the blaze in the hospital.

According to Reuters, Egypt's public prosecutor is investigating the incident.