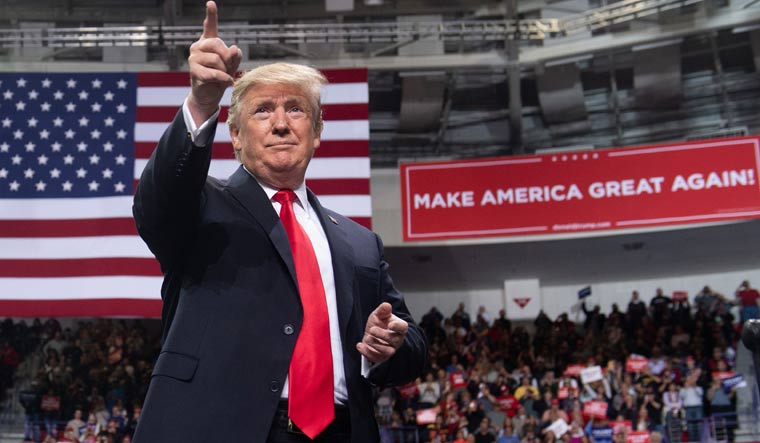 President Donald Trump recently tightened screws on Iran with sanctions on the nation he threatened with 'obliteration'. Iran said the US sanctions on its leaders represent a 'permanent closure' of diplomacy with Washington.

"Imposing fruitless sanctions against Iran's supreme leader and the commander of Iran's diplomacy is the permanent closure of the path to diplomacy with Trump's desperate government," ministry spokesman Abbas Mousavi said in a tweet.

Sanctions were imposed by Washington against supreme leader Ayatollah Ali Khamenei Monday ahead of blacklisting Foreign Minister Mohammad Javad Zarif later this week. This is the latest salvo in a tense stand-off that has raised fears of a regional conflict.

"Trump's government is destroying all established international mechanisms for keeping global peace and security," he added. Experts are wary of the potential impact of these penalties.

US and Iran had broken off diplomatic ties in 1980 over a hostage crisis at the US embassy in Tehran Iran's Islamic revolution.

US President Donald Trump, rather than resorting to military option has chosen the 'maximum pressure' path, it seems. The president also imposed new sanctions against top Iranian military chiefs. The US Treasury said it also had plans to blacklist eight top commanders from Iran's Revolutionary Guards and its Foreign Minister Mohammad Javad Zarif, a key architect of the 2015 Iran nuclear deal. US has been imposing sanctions on Iran since May last year.

A year after Trump unilaterally withdrew from a multilateral pact with Iran over its nuclear programme, tensions have flared with a series of attacks on tankers in highly sensitive Gulf waters.

Trump then ordered a retaliatory strike on Iran but said he had called it off at the last minute.