US Airforce allows beard and turban for Sikh airman 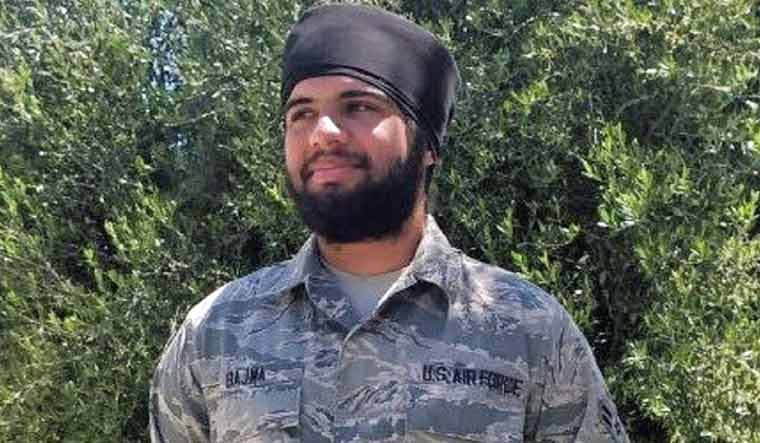 Airman Harpreetinder Singh Bajwa, has been allowed to wear his beard, turban and unshorn hair while serving in the US Air Force. This makes him the first active-duty airman to be granted such a religious accommodation.

Bajwa, who joined the Air Force in 2017, was unable to follow the practice due to the military's rules on grooming and its dress codes.

The Air Force granted him an accommodation after Bajwa gained representation from the Sikh American Veterans Alliance and the American Civil Liberties Union (ACLU).

Mr. Bajwa is a crew chief at McChord Air Force Base, Washington. “I’m overjoyed that the Air Force has granted my religious accommodation, said Mr. Bajwa.

“Today, I feel that my country has embraced my Sikh heritage, and I will be forever grateful for this opportunity,” he said.

Mr. Bajwa says, while on tech training at Charleston, South Carolina last year, he had asked if he could request for a waiver and was never told 'no' by leadership.

A first-generation American, Mr. Bajwa was born to an immigrant family.

“We’re pleased that the Air Force granted our client’s request, and we hope that all branches of the military come to recognize the importance of religious inclusion and diversity,” she said.