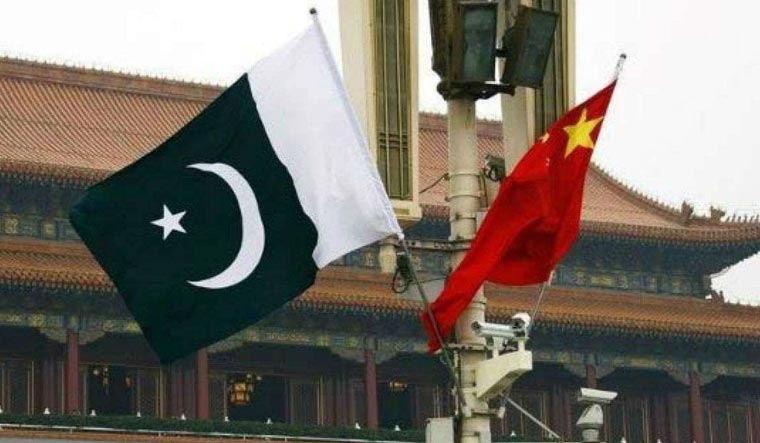 Pakistan and China have agreed to further expand the China-Pakistan Economic Corridor (CPEC) after the top leadership of the two sides held in-depth discussions on Phase-II of the ambitious project, the Foreign Office said on Tuesday.

"Both countries underscored their firm commitment for early completion of ongoing CPEC projects and to further expanding CPEC," the FO said in a statement at the conclusion of three-day visit of Chinese Vice President Wang Qishan to Pakistan.

Wang, 70, is a member of the ruling Communist Party of China's (CPC) powerful Politburo Standing Committee. He is also a member of China's Parliament, National People's Congress and the Central Foreign Affairs Commission, a key foreign affairs body of the CPC.

He held detailed talks with Prime Minister Imran Khan and both leaders witnessed signing of a number of agreements/MoUs and inaugurated several key projects.

"The two sides held in-depth discussions on Phase-II of the CPEC including industrial and agricultural cooperation and socio-economic development, and on deepening practical cooperation in tourism and people-to-people exchanges," the FO said.

The CPEC, the flagship project of President Xi Jinping's Belt and Road Initiative (BRI), has added a practical dimension to the bilateral relationship and further fortified it.

The FO said that the two countries also agreed to enhance bilateral trade volume in a balanced way.

"In this respect, they resolved to implement the recently concluded 2nd Phase of China Pakistan Free Trade Agreement (CPFTA) at the earliest, according to FO.

They further agreed that the early development of prioritized Special Economic Zones (SEZs) will play an important role in further enhancing economic relations between the two countries.

The FO said that the Pakistan-China all-weather Strategic Cooperative Partnership is unique in modern inter-state relations, marked by exceptional trust, mutual understanding and support for each other's core interests.

It said Wang's meetings with Pakistani leadership were marked by traditional warmth and cordiality.

His visit provided the opportunity to the leadership of the two countries to review the entire gamut of bilateral relations and exchange views on important regional and international issues of mutual interest, the FO said.

It said that the visit imparted a strong impetus to the further deepening of the time-tested friendship between Pakistan and China.

"It has reinforced the consensus reached between the leadership in their earlier interactions on the multiple dimensions of bilateral cooperation and set the tone for future trajectory of mutual engagement," said FO.

The Chinese leader also visited Lahore where he met Punjab Chief Minister Usman Buzdar and held a meeting with Governor Chaudhry Mohammad Sarwar, who hosted a banquet in his honour.

Wang's visit was in continuation of high-level exchanges between the two countries, which have acquired an increased momentum since Prime Minister Khan's visit to China in November 2018 and his participation in the 2nd Belt and Road Forum in Beijing in April 2019.