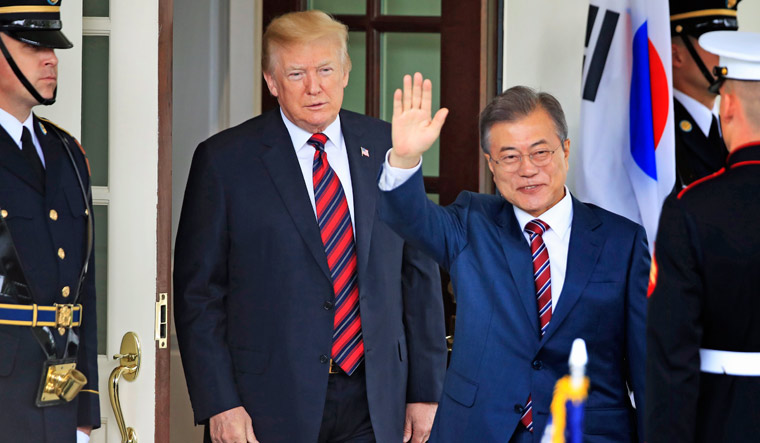 US President Donald Trump will host his South Korean counterpart Moon Jae-in at the White House on April 11, according to an official announcement.

The alliance between the United States and the Republic of Korea remains the linchpin of peace and security on the Korean Peninsula and in the region. This visit will strengthen this alliance and the friendship between the two countries, the press secretary said.

Moon was instrumental in brokering talks between Washington and the nuclear-armed and sanctions-hit North Korea.

Trump and North Korean leader Kim Jong-un had met in February in Hanoi in Vietnam.However, the US-North Korea summit ended abruptly without a deal, with the US president saying he had decided to "walk" in the face of Kim's demands to drop sanctions.

The much-anticipated second meeting between the two leaders was supposed to build on their historic first summit in Singapore in June 12 last year.

Moon will be accompanied by his wife Kim Jung-sook during his visit to the US, the statement said.
— PTI