You are not welcome with your baby in the parliament: Danish MP told 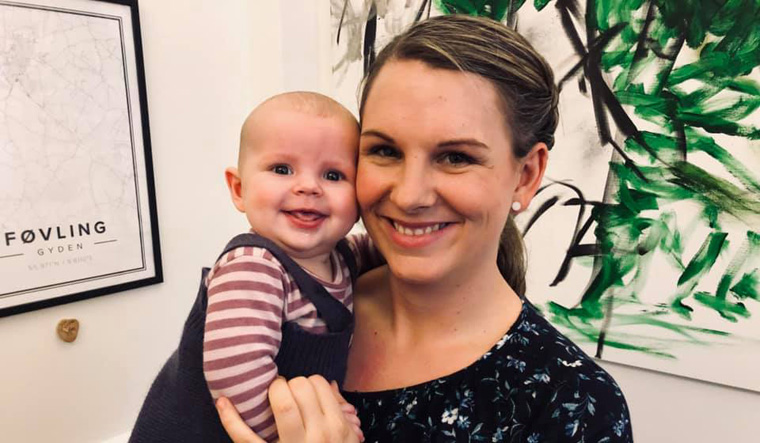 When Danish lawmaker Mette Abildgaard brought her baby to the Parliament on Tuesday, she thought it would be okay, as others had done the same before her. But she was in for a surprise.

“You are not welcome with your baby in the parliament’s chamber,” said a note passed to her by the speaker Pia Kjaersgaard through her assistant.

“I didn’t ask for permission to bring her since I had previously seen another colleague bring a child into the chamber without any problems,” Abildgaard explained on Facebook. “I’ve never brought my daughter to Parliament before, and it wasn’t the plan to do so today. But Jens Jacob [the baby’s father] couldn’t step in this time and shortly before the session I found out I had to vote.”

The Facebook post surprised many as Denmark is known for its progressive attitude towards women and gender equality. The country even ranks as one of the best countries in the world for women.

Abildgaard had to give her baby Esther Marie to her assistant and returned to the parliament to vote.

The speaker later told a news agency, "MPs should be in the chamber, not babies or children," adding that clear rules would be issued.

In her post Abildgaard clarified that she was entitled to a year's maternity leave on full pay. She said that she chose to return to work early so that she can "serve democracy".

This is not the first instance of a mother being kicked out of parliament for bringing her baby to work. In August last year, Madeleine Henfling, of a state parliment in Germany was made to leave as she attempted to participate in a vote while carrying her six-week-old baby in a sling.

But there are also plenty of instances of other lawmaker parents being allowed to bring their children to parliament. Senator Tammy Duckworth had cast her vote with her baby on the Senate floor. New Zealand's own Jacinda Ardern, became the second world leader to give birth while in office and the first elected leader to go on maternity leave. She had also attended the UN General Assembly with her daughter and husband in tow.