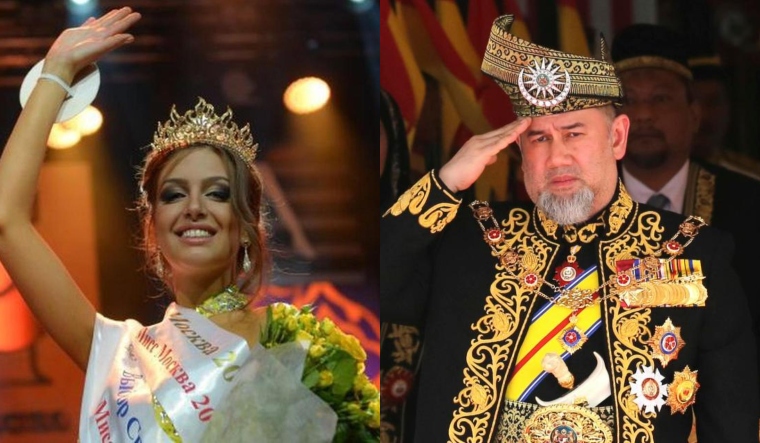 As his family prepares to find a replacement, Sultan Muhammad V, who abdicated as king of Malaysia after marrying a Russian former beauty queen, is said to be getting ready to have a baby.

On Sunday, the king had announced that he was stepping aside from his position. He had just come back from a two-month long medical leave during which he is said to have married the former Miss Moscow, Oksana Voevodina, 25.

Now, reports suggest the couple are expecting a baby. The 25-year-old Russian beauty queen had converted to Islam last April so that she could marry King Muhammed, who is 49 years old, last November.

The Sun, quoting Russia's biggest-selling newspaper Komsomolskaya Pravda (KP), said that anonymous sources said: "The couple are expecting their first baby and has fully devoted themselves to the future offspring."

Though King Muhammed did not give an official reason for stepping down, rumours have connected his secret marriage to Voevodina and his abdication.

Malaysia is a constitutional monarchy where the king assumes a largely ceremonial role. There are nine royal families and the throne changes hands every five years between families. Malaysia's royalty command great respect, especially from Muslim Malays, and criticising them is strictly forbidden.

Muhammad gave up the throne just two years into his term and it was the first time in history that any king had abdicated during his five-year term in the Muslim-majority country.

Muhammad was known for his liking for four-wheel driving and other extreme sports.