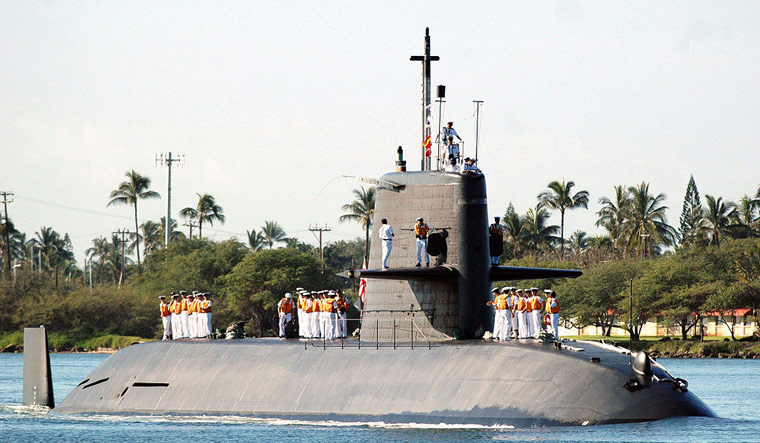 Japan dispatched a submarine to the South China Sea to join naval exercises in the disputed waterway for the first time ever, a spokesperson for the country's ministry of defence announced on Monday.

Japan joins a number of major powers, including France, the UK and Australia, which have joined the US Navy in challenging China's claims that islands in the South China Sea come under its territorial waters.

However, given China's historical animosity towards Japan, which is rooted in the Second World War, and Tokyo's gradual shift from its policy of pacifism, the declaration of a submarine being sent to the South China Sea has the potential to rile Beijing considerably.

The Japanese ministry of defence said the submarine, Kuroshio, conducted an exercise with two other warships of its navy in the South China Sea. One of these warships was the Kaga, a helicopter carrier, which has been on an extended deployment to Southeast Asia and the Indian Ocean. The exercise involved submarine-detection manoeuvres.

In recent years, China has created bases on islands in the South China Sea and warned foreign nations from attempting 'freedom of navigation' exercises in these waters; Beijing has dispatched aircraft and warships to confront vessels navigating in the waters, though no untoward incidents have occurred.

In addition to China, Brunei, Malaysia, the Philippines, Taiwan and Vietnam have territorial claims in the South China Sea. Under Prime Minister Shinzo Abe, Japan has attempted to build strategic ties with countries in the South China Sea region, including with Vietnam. The Kuroshio is expected to arrive in Vietnam for a five-day port call on Monday.

Interestingly, most 'freedom of navigation' manoeuvres by foreign nations have involved surface warships, apparently aimed at making an overt symbolic statement. However, the use of a submarine also sends a message to Beijing as the underwater platforms are more difficult to detect and pose a higher risk to shipping in the South China Sea, through which international trade worth nearly $3 trillion passes through annually.