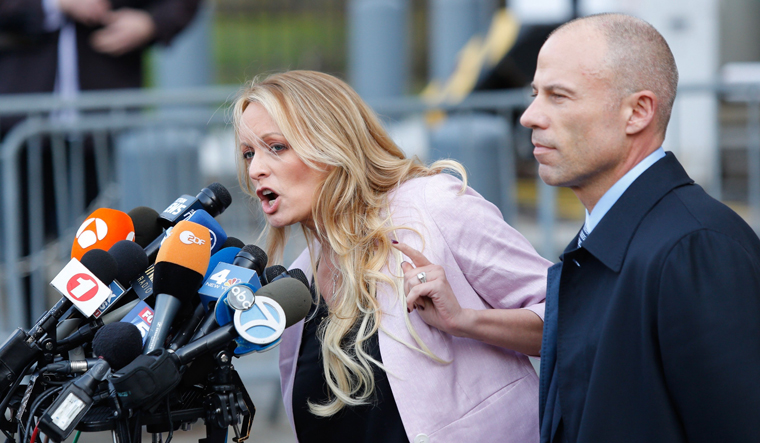 Avenatti has been a known name for his cable TV appearances and Twitter posts in addition to being a high-profile lawyer, before he took up Daniels's case. On Friday, Avenatti was the keynote speaker at the Democratic Party's 'Wing Ding' fundraiser in Iowa.

Avenatti told the audience that the Democrats must fight fire with fire. He claimed, “When they [Republicans] go low, I say, we hit harder.” The statement was a reversal of what former first lady, Michelle Obama told the Democratic Convention in 2016, when she declared, “"When they go low, we go high."

Avenatti accused Trump of being a “conman” and touted “Medicare for all” and “sensible gun control”.

Avenatti had recently met children of illegal immigrants who were forcibly separated from their parents, an issue that caused considerable outrage against the Trump administration.

Democrats acknowledge that Trump's accusations of nepotism and corruption among “traditional” politicians boosted his support base; Avenatti's 'no holds-barred' approach is expected to evoke more curiosity and interest in the near future.