Kashmir most likely to dominate Imran Khan's policy on India 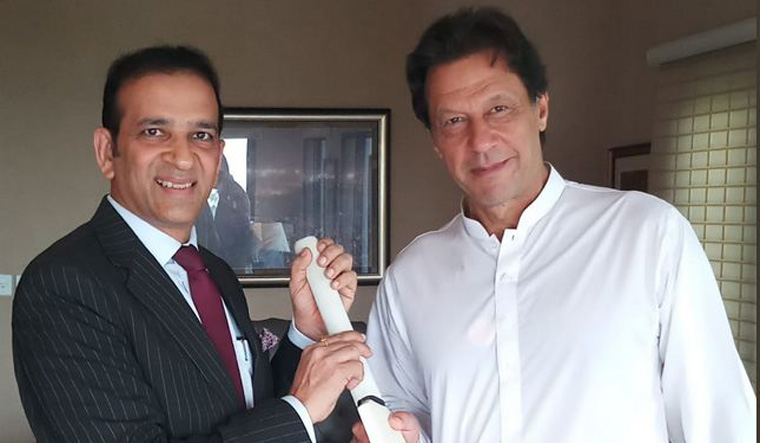 India-Pakistan relations have essentially followed the alphabetical order. Kashmir always comes before peace, and Imran Khan, the prime minister-in-waiting, is unlikely to change the norm.

If his earlier speech about Kashmir and the human rights issues gave a blueprint of his policy on India, his meeting with Indian High Commissioner Ajay Bisra on Friday, seemed to have set the tone for future engagements.

Pakistan Tehreek-e-Insaf tweeted pictures of the Indian high commissioner with Khan and his core team. Khan, according to the tweets, have expressed “hope’’ that the SAARC summit will be held in Islamabad soon. He hoped for positive relations with India—the tweet in Urdu claimed—and also raised his concern over the human rights violations in Kashmir. Bisra presented Khan a cricket bat signed by the Indian cricket team.

The ministry of external affairs has not responded to the meeting yet, but it does seem that the rather prickly issue of Kashmir is going to dominate any further dialogue. Pakistan will continue to bring up Kashmir and the issue of human rights each time, to counter India’s high pitched campaign on terrorism. The Supreme Court hearing on withdrawing Article 35A is also likely to become part of Pakistan's charged campaign focused on highlighting the “indigenous Kashmiri struggle”.

While it is unlikely that Pakistan will make any headway on Kashmir issue at the UN, the rhetoric is only going to increase moving ahead, especially with Imran Khan being guided by the army on foreign policy, till he finds his own feet. Even then, it is widely believed that Khan and the army will see eye to eye on foreign policy issues.