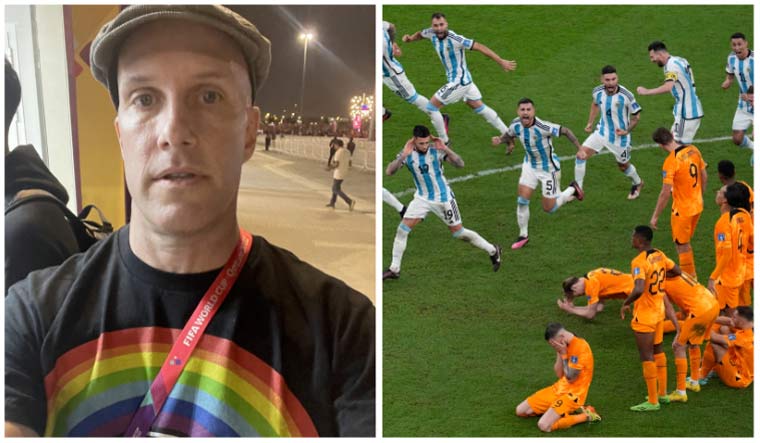 Grant Wahl, one of the most well-known football writers in the United States, died early on Saturday while covering the World Cup match between Argentina and the Netherlands.

US media seated near him said Wahl fell back in his seat in the media tribune at Lusail Iconic Stadium during extra-time and reporters adjacent to him called for assistance.

Wahl tweeted on Wednesday that he had celebrated his birthday that day. American reporters who knew Wahl said he was 49.

"We could always count on Grant to deliver insightful and entertaining stories about our game, and its major protagonists," the US Soccer Federation said in a statement.

"Grant's belief in the power of the game to advance human rights was, and will remain, an inspiration to all. Grant made soccer his life's work, and we are devastated that he and his brilliant writing will no longer be with us."

Wahl was covering his eighth World Cup. He wrote on Monday on his website that he had visited a medical clinic while in Qatar.

"My body finally broke down on me. Three weeks of little sleep, high stress and lots of work can do that to you," Wahl wrote.

"What had been a cold over the last 10 days turned into something more severe on the night of the USA-Netherlands game, and I could feel my upper chest take on a new level of pressure and discomfort."

Wahl wrote that he tested negative for Covid-19 and sought treatment for his symptoms.

"I went into the medical clinic at the main media center today, and they said I probably have bronchitis. They gave me a course of antibiotics and some heavy-duty cough syrup, and I'm already feeling a bit better just a few hours later. But still: No bueno," he wrote.

Wahl wore a rainbow T-shirt in support of LGBTQ rights to the United States' World Cup opener against Wales on November 21 and wrote that security refused him entry and told him to remove the shirt. Gay and lesbian sex is criminalised in Qatar, a conservative Muslim nation.

Wahl wrote he was detained for 25 minutes at Ahmed Bin Ali stadium in Al Rayyan, then was let go by a security commander. Wahl said FIFA apologised to him.

US State Department spokesman Ned Price tweeted late on Friday: "We were deeply saddened to learn of the death of Grant Wahl and send our condolences to his family, with whom we have been in close communication. We are engaged with senior Qatari officials to see to it that his family's wishes are fulfilled as expeditiously as possible."

Gounder tweeted that she was thankful for the support of her husband's "soccer family" and friends who had reached out.

"I'm in complete shock," she wrote.

A voter at times in FIFA's annual awards, Wahl wrote this week that he had been among 82 journalists honoured by FIFA and the international sports press association AIPS for attending eight or more World Cups.

Wahl graduated from Princeton in 1996 and worked for Sports Illustrated from 1996 to 2021, known primarily for his coverage of football and college basketball. He then launched his own website.