Antoine Griezmann scored the goal towards the end of the match 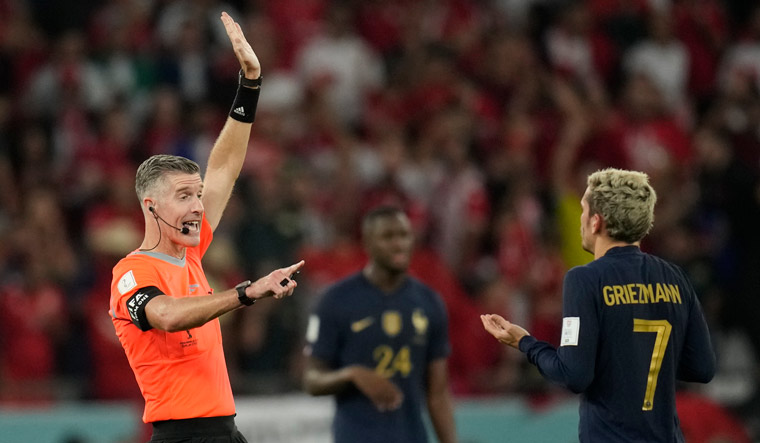 The French football federation (FFF) is filing a complaint with FIFA over Antoine Griezmann's disallowed crucial equalizer goal at the end of a 1-0 loss to Tunisia at the World Cup on Wednesday.

Following a VAR review, Referee Matthew Conger ruled out the equaliser goal by disallowing it. The goal was scored towards the end of the final minute of the match.

The FFF released a statement overnight raising their complaint. "We are writing a complaint after Antonine Griezmann's goal was, in our opinion, wrongly disallowed. This complaint has to be filed within 24 hours after the final whistle," the FFF said in a statement.

According to reports, Conger restarted the match after the goal and then blew the final whistle after which he consulted VAR and ruled out Griezmann's goal.

It was reported that Griezmann was in an offside position when a cross came over but then retreated and appeared to be played back into an onside position following a Tunisia defender's deflection when he shot into the bottom left corner.

The FFF said that it had 24 hours from the end of the match to file an official complaint with governing body FIFA.

It was France's first World Cup defeat since 2014 when it lost 1-0 to Germany in the quarterfinals.

Defending champion France finished atop Group D on goal difference from Australia and will face Poland in the last 16 on Sunday.