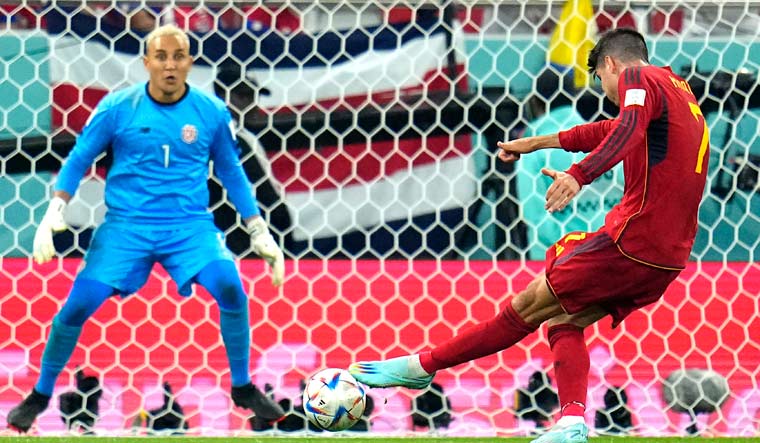 Spain trounced Costa Rica 7-0 to register their biggest win in the World Cup on Wednesday at the Al Thumama Stadium in Doha.

Ferran Torres netted the ball twice, sending a resounding message to the rest of the teams that Spain is in full form for the Qatar World Cup.

Mindful of the shock defeats dealt by lower-ranking teams to giants Argentina and Germany, Spain dominated against Costa Rica from the start, scoring three goals in the first 30 minutes of the game. Spain racked up an impressive 994 completed passes to Costa Rica’s 166.

Olmo netted the ball in the 11th minute of the game. Torres stroked home his penalty in the 31st minute and claimed his second in the 54th minute.

In 2010 when they won the World Cup, Spain scored mere eight goals in seven games.