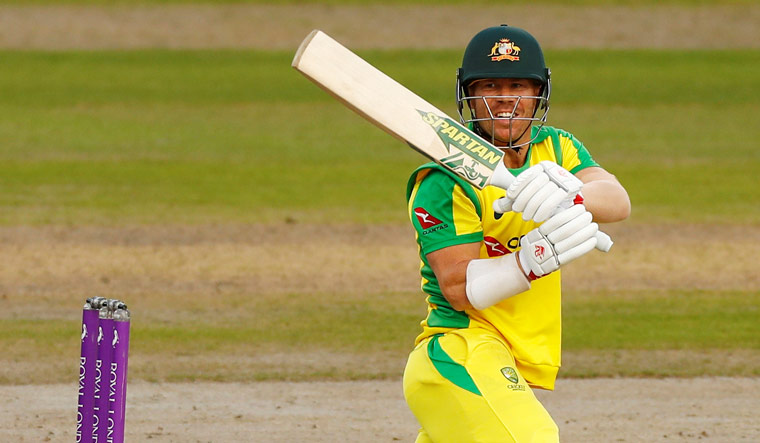 Attacking batter David Warner will now be able to get his lifetime leadership ban "modified" as Cricket Australia on Monday amended its Code of Conduct for players and support personnel.

According to the amended Code of Conduct policy, "players and support staff can now apply to have long-term sanctions modified."

Warner was handed a lifetime ban from any leadership position for his involvement in the 2018 ball-tampering scandal in South Africa, termed as 'Sandpaper gate scandal'.

But the explosive left-handed opener can now get his ban reviewed after the CA Board had accepted and approved the Code of Conduct review, ordered at its October board meeting.

"Cricket Australia (CA) has amended its Code of Conduct for Players and Player Support Personnel after a review by the CA Head of Integrity (Jacqui Partridge). The CA Board requested a Code of Conduct review at its October board meeting. The recommendations from this review have been accepted and given formal approval," the CA said in a statement.

"Under the changes, players and support staff can now apply to have long-term sanctions modified.

"Any applications will be considered by a three-person Review Panel, comprising independent Code of Conduct Commissioners, which must be satisfied that exceptional circumstances exist to justify modifying a sanction," it added.

As per the new recommendations, any life ban will be considered for review if the said player or support personnel demonstrate remorse and good behaviour.

"The hearing of an application is not an appeal, or a review of the original sanction imposed."

The 35-year-old Warner is open to a leadership role in Australian cricket, having already led Sunrisers Hyderabad in six games in 2021 IPL.

If the ban is overturned, Warner is a strong contender to lead Australia in the T20Is in future. He is also expected to get a leadership role in the BBL side Sydney Thunder.