Ind vs NZ: Start of first T20I delayed due to rain 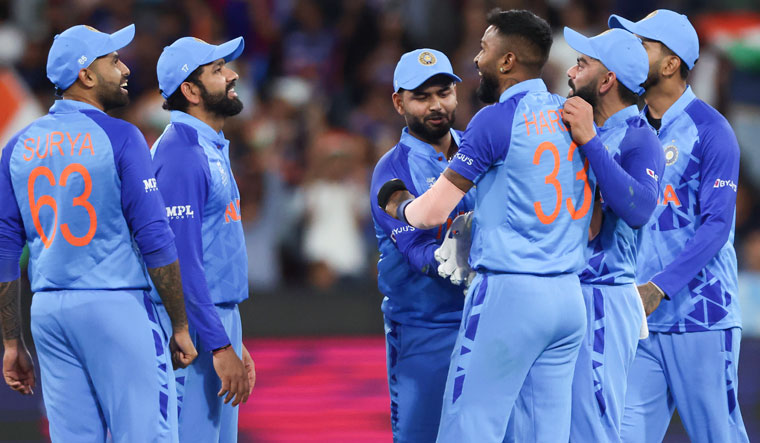 Hardik Pandya being congratulated by teammates after taking the wicket of Zimbabwe's Craig Ervine during the T20 World Cup match between India and Zimbabwe in Melbourne, Australia | PTI

The start of the first T20 International of the three-match series between India and New Zealand has been delayed due to rain here on Friday.

The toss was delayed due to continuous downpour as sparse crowd waited patiently at the Sky Stadium.

India will play three T20Is and as many ODIs as part of their tour of New Zealand.

Both the teams are coming into the match following their exit from the semifinal stage of the T20 World Cup in Australia.

While India lost to eventual champions England, New Zealand were defeated by Pakistan.