Assam to have new sports policy next year: Himanta 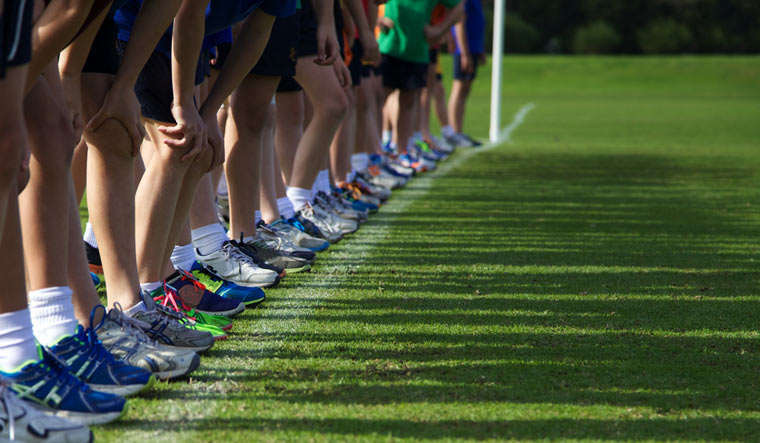 Assam will have a new sports policy by early next year, with focus on specific games, Chief Minister Himanta Biswa Sarma said in Guwahati, on Friday.

He affirmed his government's commitment to providing requisite infrastructure for sports training, and urged players to put in their best efforts.

At the send-off ceremony of Assam contingent for the 36th National Games in Gujarat, Sarma said, "The state government will come up with a new sports policy by March-April next year. We are studying policies of different states for the purpose. The new one will patronise and sponsor some sports (to a greater degree)."

Sarma also added that the state has benefited from the existing policy that was put in place after the first BJP-led government had assumed power in the state in 2016.

Urging the players representing the state at Gujarat Games to give their best, he said that "an atmosphere" is needed for sportspersons to train and perform, which his government was committed to providing them with.

Whether they get a podium finish or not might not be in their hands entirely, but the players must ensure that they refrain from banned substances and maintain highest standards of discipline during the Games, he stressed.

"Winning medals also depends on the performance of your opponents. But your behaviour and staying clean are within your reach, and you have to ensure it," he maintained.

The chief minister said that his government would provide jobs to all medal winners of the National Games, as per their educational qualifications.

Without seeking to put "too much performance pressure" on the players, Sarma urged them to work towards ensuring that Assam finishes at least in the top five in medals' tally.

The state had finished 10th at the last National Games held in Kerala in 2015, while it clinched the 15th spot in the Jharkhand Games in 2011 and third in the Guwahati Games in 2008.

"We have failed to maintain consistency and I want our players to improve upon that," Sarma said.

He also requested the Assam Olympic Association (AOA) to host an indigenous sports event and work towards promoting at least one game.

AOA president and Union minister Sarbananda Sonowal, speaking on the occasion, said the Centre as well as the Assam government have various schemes to encourage sportspersons, including reserved jobs at the state level.

Governments are playing their role to motivate sportspersons and the players must also chip in with their bit now, he said.

Sonowal exhorted the players to always target the Olympic podium, and win medals at all other tournaments along the way.

"We must target to be among the top five states in the medals tally in the Gujarat Games," he added.

Assam is sending a 148-member team for the Gujarat Games. Notable among them are sprinter Hima Das, lawn ball player Nayanmoni Saikia and boxer Shiva Thapa.

A special video, featuring a song by renowned musician Zubeen Garg, has been launched to motivate the team.