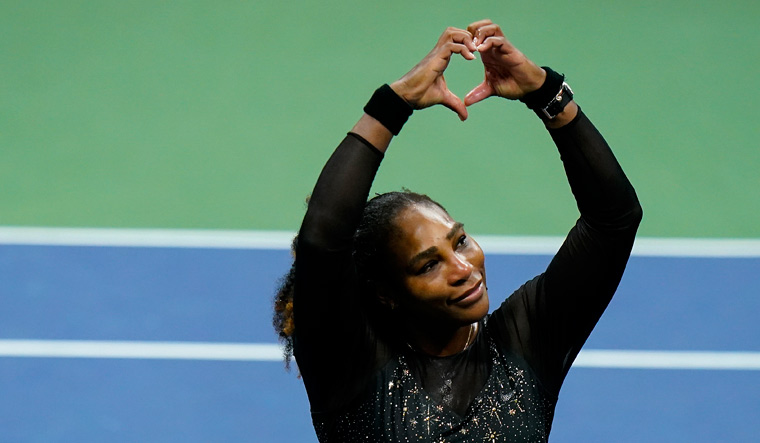 Serena Williams has reached her break point she caught up on her rest following her last match at the US Open.

The 40-year-old Williams posted a photo on Instagram Monday of herself under a Moana blanket and seemingly asleep as she used a stuffed animal as a pillow. The mother of 5-year-old Olympia, Williams wrote, How was your weekend? This was mine."

Her career seemingly came to an end when she lost last week in her final US Open. Williams won 23 Grand Slam titles and was celebrated by celebrities, fellow competitors and fans throughout her matches at Flushing Meadows. The tributes from tennis players to the NFL stretched into Monday.

Rising American standout Frances Tiafoe recalled after his upset win Tuesday over Rafael Nadal the inspiration he received from watching Serena and her older sister, Venus.

At that time watching Serena and Venus play finals of Grand Slams at that time, when I was super young, I was like, how cool would it be to play Wimbledon, to play on Arthur Ashe and stuff like that, Tiafoe said after his big win at Ashe.

What a joy it was to watch her play," Brady said. "She didn't play for a little while, and I think she realized it's a lot of fun to play. And I think sometimes when you're in the middle of it, you take it for granted to a degree, like, Oh, it will be there.' And then it's not there for a year and you go, God, I really love it. I really want to play.' And then you get out there and play and you enjoy it.

Williams turns 41 on Sept. 26 and says she wants to grow her family and pursue business interests.