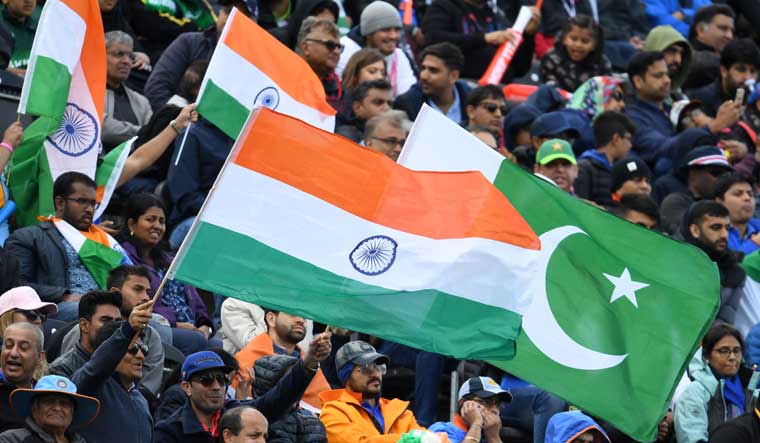 A captain with a new batting philosophy and a master batter standing at the crossroads, trying to reinvent himself, will aim to create a new narrative when India get ready to settle scores with Pakistan in the marquee Asia Cup match in Dubai on Sunday.

Rohit Sharma and Virat Kohli have been the two pillars of India's white-ball team for the past decade but having received a rude jolt at this very venue 10 months back during the T20 World Cup, the duo exactly know where they stand and what they need to do to turn the tables.

While Rohit will be eagar to test his ultra aggressive batting template against the Asian giants, for Kohli it will be the perfect platform to return to form after enduring a tough phase in the last few years.

There would be a bigger picture also and that is to set the core combination for the T20 World Cup in Australia in order by the end of this tournament.

With no bilateral contests between the cross-border neighbours for 10 years now and nothing on the anvil in near future, the geo-political tension does always make for a heady build-up.

But the lack of regular games mean that Indo-Pak rivalries are rather held between unfamiliar foes rather than familiar ones.

One can't plan a lot against an opposition whom a team plays once or twice a year, while one has to expect the unexpected.

The last meeting India played Pakistan, they didn't have any idea how much Shaheen Shah Afridi had improved. The result was a 10-wicket defeat.

Three seniors and a battle ahead

A lot was said after Afridi's two-over opening spell send jitters in the Indian camp during the last T20 World Cup opener and India's erstwhile team management did cop a lot of flak for its archaic batting approach in shortest format of the game.

Questions were raised whether the sameness in the top-order with three right-handers make it easy for a good left-arm paceman to set the alarm bells ringing.

However, on Sunday, there will be no Afridi (due to knee injury) to bend it back into the top three India right-handers but the fact remains that despite all the experimentations done by coach Rahul Dravid, the top-order remains exactly the same after that debacle in Dubai.

Rishabh Pant-Rohit pair showed a lot of promise with its gung-ho approach and Suryakumar Yadav at the top looked menacing with his all-round strokes.

Deepak Hooda, although against Ireland, was audacious as an opener but with Kohli and K.L. Rahul available, it will be experience that will get first preference going into a high-profile game.

In the new set-up, Rahul is coming back up after a surgery and Covid-19 related lay-off. He hasn't played a single international T20 game in 2022.

In case of Kohli, the number stands at four with a half-century against a sub-par West Indies attack.

Rohit, in the interim, has played some attractive little knocks but more importantly has tweaked his batting philosophy as per the needs of the team.

Will Kohli and Rahul be able to do the same? That remains a big question moving forward.

"It's great to see the new approach of Indian team, started after the last World Cup, following the words of captain by everyone, we are hoping to continue this," vice-captain Rahul said on Friday during a media interaction.

A lot, however, will depend on how the trio of Suryakumar, Pant and Hardik Pandya perform between overs 10 and 20. The trio with their explosive strength can perhaps take the Afridi-less Pakistan attack to cleaners with designated finisher Dinesh Karthik likely to sit out.

Babar Azam and his men

Babar Azam is very different from some of the Pakistani greats who have led the national team over the years.

A player, who is as much about method as he is about talent, Babar has brought a calmness that has worked more often than not in past couple of years since he took charge.

Along with Mohammed Rizwan, he forms a formidable combination at the top but both have respective strike-rates of less than 130.

It worked wonders when they chased a modest total in Dubai last year but will it work when they bat first.

While Fakhar Zaman at No. 3 also lends solidity, the rest of the batters haven't shown enough consistency. The likes of flamboyant Asif Ali, Khushdil Shah, Haider Ali are good players but have little to show at the international level in terms of regular runs.

If missing Afridi is a big setback for Pakistan, not having Jasprit Bumrah is no less a blow for India.

In his absence (back injury) and with dependable T20 bowler Harshal Patel (rib-cage injury) also missing out, Bhuvneshwar Kumar will have a young death overs specialist Arshdeep Singh for company.

The match will test Arshdeep's skills but more so his temperament in trying circumstances.

Ravindra Jadeja and Pandya's presence does add to the balance but the bone of contention will be if Rohit and interim head coach VVS Laxman opt for extra spinner Ravichandran Ashwin or Ravi Bishnoi at the expense of tearaway quick Avesh Khan, who could be profligate and deadly at the same time.

This promises to be a better contest than the last one.