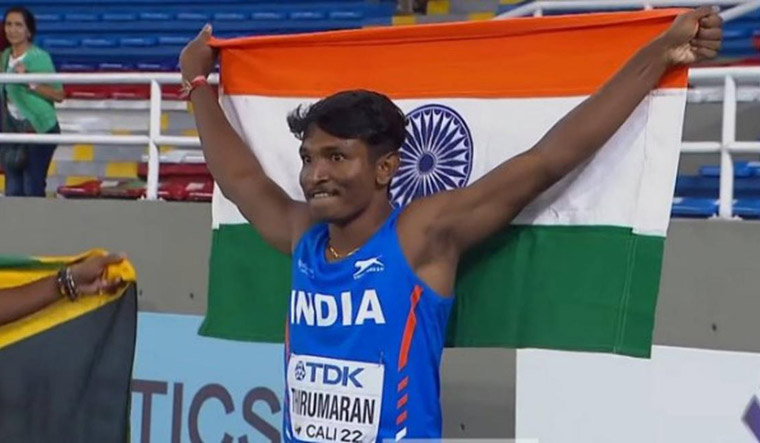 The 17-year-old managed a distance of 16.15m to finish two centimetres ahead of Estonia's Viktor Morozov.

The gold went to Jamaican Jaydon Hibbert who broke the Championship Record with his 17.27m effort.

The Indian women's team qualified for the 4x400m relay finals.

Olympic champion javelin thrower Neeraj Chopra was the first Indian to win a gold in the championships in 2016 in Poland.

Indian athletes have picked up three medals at the tournament, which was earlier known as World Junior Championships, so far, including two silver and a bronze.