Chopra had made 88.13 metre on his fourth attempt 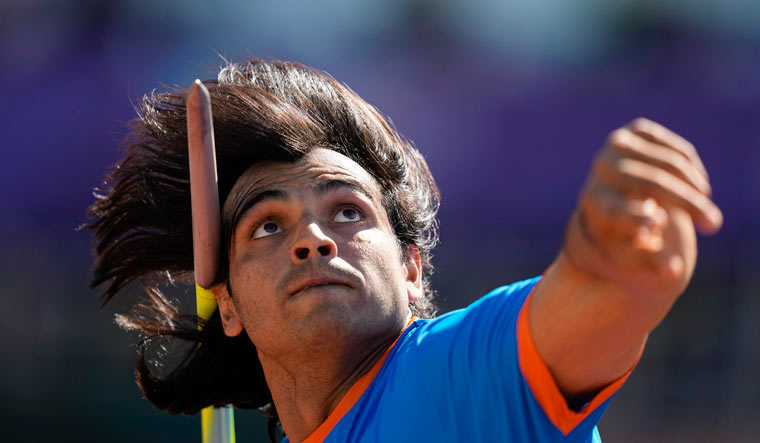 Winning silver, javelin thrower Neeraj Chopra crafted history by becoming only the second athlete after long jump sensation Anju Bobby George to win a medal at the World Athletic Championship. Anderson Peters, the defending champion, won the gold medal with a final throw of 90.54. Chopra had scuffed his final throw by stepping over the line and fouling it. He had made 88.13 metre on his fourth attempt.

Chopra had qualified for his maiden World Championships final with a stunning first attempt throw of 88.39m.  Chopra, who has a personal best of 89.94m, had competed in the 2017 London World Championships with the hope of at least making it to the finals but managed only 82.26m to fall short of the automatic qualification mark of 83m. He had also missed the 2019 World Championships in Doha as he was recovering from an elbow surgery.

Chopra had become the first Indian track-and-field athlete to bag an Olympic gold last year and is also the reigning Commonwealth Games and Asian Games champion. He has been in tremendous form this season having broken his own national record twice. He did that first in his season-opening outing at the Paavo Nurmi Games at Turku in Finland with a throw of 89.30m on June 14.

He bettered his national mark again during the prestigious Diamond League Meeting in Stockholm on June 30 with an effort of 89.94m, just 6cm shy of 90m, the gold standard of the javelin world. In between, he won gold at the Kuortane Games in Finland in a world class field with a throw of 86.79m. Chopra's best coming into this season was the 88.07m he had produced at the Indian Grand Prix series in Patiala in March 2021.