The first T20I begins in Southampton on July 7 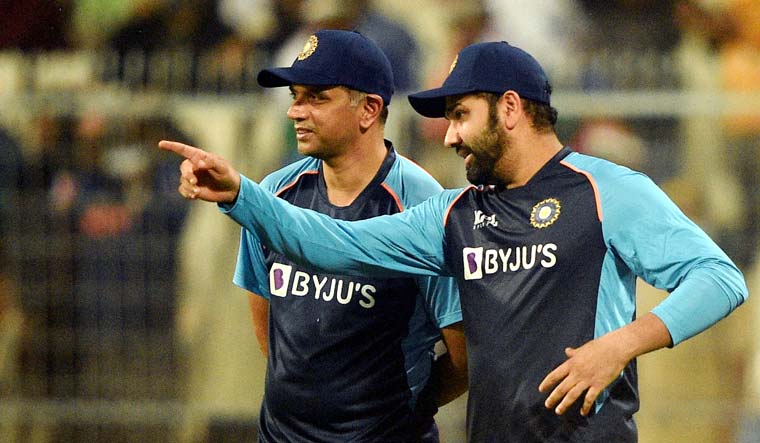 Experimentation will go out of the window as India will get down to finalising their best XI for the World Cup during the three-match T20 series against an ultra-aggressive England, beginning in Southampton on Thursday.

Skipper Rohit Sharma, who missed the fifth Test in Birmingham after contracting Covid-19, will be travelling to the port city on Wednesday and is expected to feature in the series-opener.

Their absence would give fringe players like Ruturaj Gaikwad and Sanju Samson one more game to make a statement though they seem to have fallen in the pecking order in India's list of probables for the World Cup in Australia.

A niggle meant Gaikwad could not open alongside Ishan Kishan in the two games in Ireland and if Rohit is back, he will have to warm the bench once again.

Kishan has done reasonably well in the chances that he has got and he will look to strengthen his position in the team as a reserve opener with a substantial knock against the mighty England.

With Kohli expected to be back at number three from game two, Deepak Hooda will be aiming for another match-winning effort to keep himself in the mix.

With a century and 47 not out against Ireland, Hooda has certainly made it tougher for the team management to keep him out of the XI.

The uncapped duo of Rahul Tripathi and Arshdeep Singh have not been included for second and third T20 and it is unlikely they will get a look in on Thursday.

Suryakumar Yadav, who made a comeback from injury against Ireland, could not get going in the games in Malahide and will be backing himself to get back to his innovative best. He and Hooda were among the runs in the warm-up against Derbyshire last week.

In the bowling department, pacer Umran Malik will be brimming with confidence after defending 17 runs in the last over of a high-scoring second T20 against Ireland. However, he remains a work in progress and needs to improve on his accuracy.

The pacers including the seasoned Bhuvneshwar Kumar and wily Harshal Patel were stunned by the Irish attack and against a tougher opposition, they will have to be at their best.

Yuzvendra Chahal will be expected to replace Ravi Bishnoi in the playing XI.

India have about 15 T20 games to play before the T20 World Cup in Australia in October - three against England in the current series, five against the West Indies (July 29-August 7), about five in Asia Cup (August-September) and three against Australia (September).

The England series will mark the beginning of the process to identify its best XI for the marquee event.

For England, the series marks the beginning of the Jos Buttler era following the retirement of Eoin Morgan.

Ben Stokes and star of the fifth Test against India, Jonny Bairstow, have been rested from the series.

However, there is enough firepower in the England batting to rattle the opposition.

Both Buttler and Liam Livingstone showed devastating form in the IPL and would be looking to build on that.