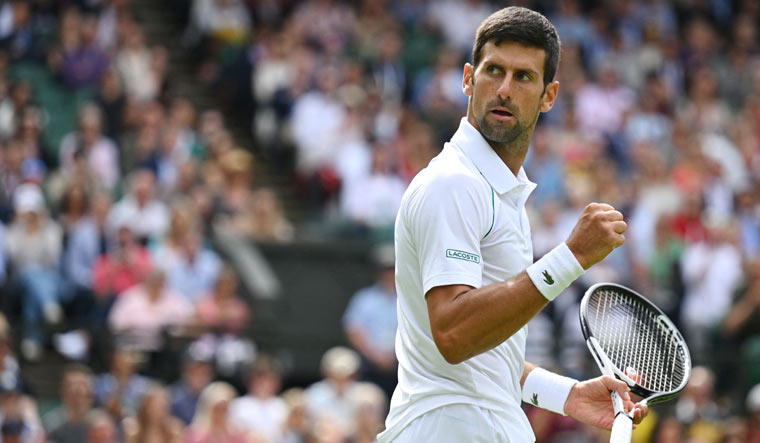 Top-seeded Novak Djokovic advanced to the third round at Wimbledon with a 6-1, 6-4, 6-2 victory over Thanasi Kokkinakis of Australia.

The six-time Wimbledon champion has won the past three men's singles titles at the All England Club.

The 26-year-old Kokkinakis is ranked 79th.

The Serb, who defeated 79th-ranked Kokkinakis in straight sets during their only previous meeting seven years ago at the French Open, will play either Chile's Alejandro Tabilo or Serb compatriot Miomir Kecmanovic.

Meanwhile, French Open runner-up Casper Ruud lost in the second round. The third-seeded Norwegian was beaten by Ugo Humbert of France 3-6, 6-2, 7-5, 6-4 on No. 2 Court.

Ruud was making his third appearance at the All England Club. His victory over Albert Ramos-Vinolas on Monday was his first at the grass-court Grand Slam.