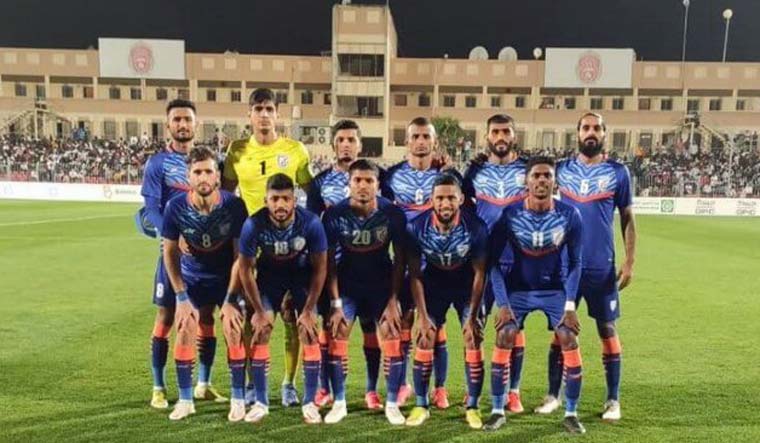 Indian football team qualified for AFC Asian Cup for second successive time, following Palestine's 4-0 win over Philippines. If the results didn't go positively in the Palestine game, India would have had to beat Honk Kong in the last qualifying game to secure a berth.

India had prevailed over Afghanistan 2-1 in a thrilling match that saw three quick goals being scored at the fag end of the game after both teams denied each other for 86 minutes at the Salt Lake Stadium that had 40000 spectators in the stands on Saturday evening.

Chhetri put India ahead with a brilliant free-kick from just over 20 yards, taking only a couple of steps before unleashing his shot straight into the right corner of the net beating Afghanistan's goalkeeper. It was the Indian superstar's 83rd goal in international football as he closed in on second-placed Argentine genius Lionel Messi among active players.