IPL 2022 is likely to be held behind closed doors 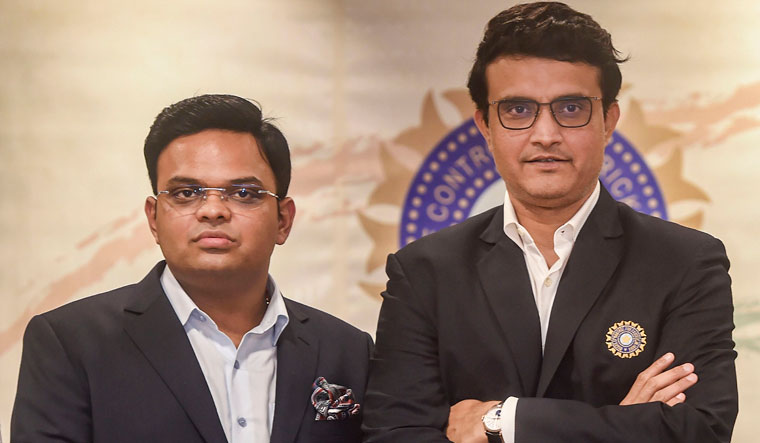 The BCCI is set to conduct the 2022 IPL from last week of March to end of May and efforts would be made to host the lucrative event in India as per the wishes of team owners, secretary Jay Shah said on Saturday.

If sources are to be believed, the tentative start date is March 27.

"I am delighted to confirm that the 15th season of the IPL will start in the last week of March and will run until May end. A majority of the team owners expressed their wish that the tournament be held in India," Shah was quoted as saying in a press note issued by the BCCI.

He also made it clear that the board's first preference is to hold the event in India.

"The BCCI was always keen on staging the 2022 edition that will see two new teams - Ahmedabad and Lucknow - in India. I can tell you that we will leave no stone unturned in ensuring that IPL stays in India," Shah said.

While the UAE and South Africa are back-up options as per sources who attended the meeting, Shah stressed that the health safety of all stakehoders including players, match officials is paramount for the board.

"The BCCI has not compromised on the health and safety of its stakeholders in the past and will concurrently work on Plan B since the Covid-19 situation with new variants remains fluid.

"The mega IPL Auction will take place on February 12-13th and we will lock in venues before that," Shah further added.

The BCCI was initially mulling two start dates for the next IPL with some preferring a March 27 kickoff and few other influential people wanting the mega event to begin on April 2, which conforms to the Lodha Committee ruling.

"Some of the owners prefer March 27 start but India play their last international game against Sri Lanka, a T20I at Lucknow on March 18, and then you need a 14-day gap as per Lodha rule which is why April 2 is also an option for start date," a senior BCCI official told PTI on the condition of anonymity.

It is understood that the India players will also be exhausted after staying in three back-to-back bubbles in South Africa (away) and at home against West Indies and Sri Lanka.

"The BCCI must take bubble fatigue of players into account if they start IPL in less than 10 days of completion of Sri Lanka tour," a BCCI source said.

However, after Shah's statement, it looks like March 27 will be locked in.

Mumbai-Pune could be preferred venue in India, Ahmedabad for final

It is also learnt that all the 10 IPL owners, including the two new teams from Lucknow and Ahmedabad, want India as the host country for the 2022 IPL, with Mumbai and Pune being the two preferred cities.

Their second choice is the United Arab Emirates where the IPL has been organised thrice while the final option is South Africa where the mega event was held back in 2009.

However, the UAE and South Africa will only come into the picture if the Covid-19 situation in India worsens.

As reported in some quarters, Sri Lanka as a host was not even discussed in the meeting.

As far as the dates of the mega auction is concerned, they remain February 12 and 13 in Bengaluru as per the original schedule.

"Today's meeting was primarily about owners trying to put forth their suggestions on the issue of their preferred venues. Most of the owners want the IPL to be held in India if all goes well and we are past the peak of third Covid-19 wave," a senior BCCI source said.

"Mumbai has three grounds and we have the Pune ground which is more on the highway rather than Pune city. Doing it at Wankhede, Brabourne and DY Patil Stadium (Navi Mumbai) and Gahunje Stadium. So there won't be any air travel and there could be bubble in one city without bubble to bubble transfer," added the official.

The second option is the UAE where they have had strict bio-bubbles and both editions were successfully held.

"South Africa is the last option but as of now, we aren't even thinking of it as an option. It's the last resort. As far as entry of crowd is concerned, a call can't be readily taken. It will be taken closer to the tournament," the source added.