Kohli, earlier today, stepped down as the Test captain 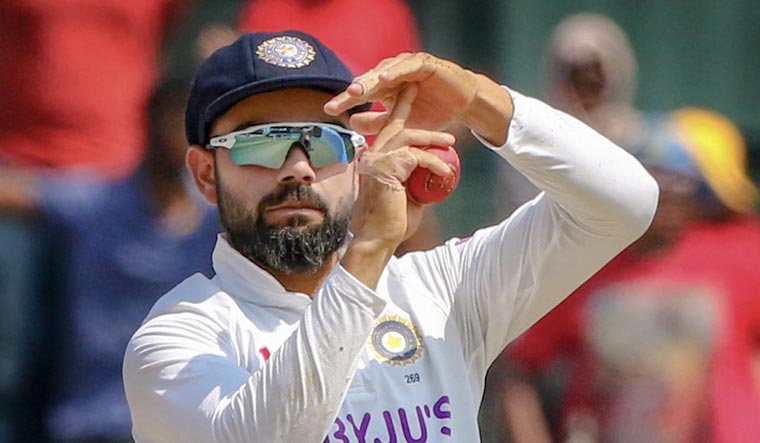 Kohli ended his seven-year reign as India's most successful Test captain with memorable series wins in England and Australia being the highlight.

"Although I also am shocked by @imVkohli sudden decision, I respect his call. I can only applaud him for what he has done for world cricket & India. Easily one of the most aggressive and fittest players India has had. Hope he'd continue to shine for India as a player," tweeted former teammate Suresh Raina.

Kohli took India to the top of world rankings and made them a formidable force in all conditions.

"When Virat took over as Test captain, India winning a test overseas was an achievement, now if India lose an overseas test series it is an upset. And that's how far he has taken Indian cricket forward, and that will be his legacy. Congratulations on successful reign," wrote former India opener Wasim Jaffer.

"It's always an honour to lead the dynamic Indian team. And the decision to step down is an emotional heavy moment. A journey well travelled," added former India skipper Mohammed Azharuddin.

Former India pacer Irfan Pathan wrote: "Whenever the talk of Indian cricket captains will arise in test cricket @imVkohli's name will be up there,not only for results but the kind of impact he had as a captain. Thank you #ViratKohli."

BCCI secretary Jay Shah and treasurer Arun Dhumal acknowledged Kohli's massive contribution to India's stellar run in the five-day format. "Congratulations to @imVkohli on a tremendous tenure as #TeamIndia captain. Virat turned the team into a ruthless fit unit that performed admirably both in India and away. The Test wins in Australia & England have been special," wrote Shah.

"Congrats @imVkohli for a great tenure as captain. You have been a phenomenal leader and beyond doubt the most successful Indian captain be it home or overseas.I wish u great success in future and I'm sure you'll keep contributing with your top class batting for team India," wrote Dhumal.