'It was a tough decision between Ishant and Umesh,' said Kohli 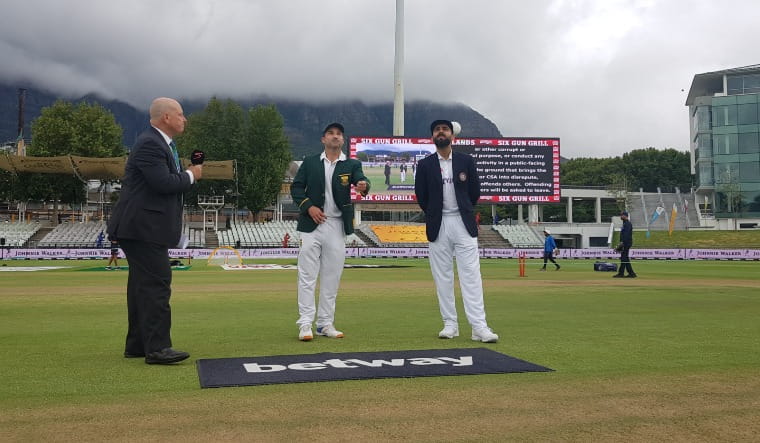 Virat Kohli in his 99th Test for the Indian cricket team has opted to bat against South Africa in the third and final Test of the series in Cape Town. The series is level at 1-1.

The sky in Newlands is overcast, which could aid fast bowlers, but teams batting first have traditionally done well.

“Can't control what is above your head, pitch has grass, we understand that. Runs on the board has worked out well, we need to put runs on the board and then utilise the skills of our bowlers after that,” said Kohli at the coin toss.

“Ideally you want to bat first on this surface and given the overhead conditions it might not be a bad idea to bowl first,” said his counterpart Dean Elgar.

Kohli added that he is fit and fine now after having missed the second Test because of a back spasm. He replaces Hanuma Vihari while Umesh Yadav comes in for the injured Mohammed Siraj.

“It was a tough decision between Ishant and Umesh. Umesh is bowling amazingly well. We've got great bench strength,” said Kohli.

There is forecast for rain today, but the rest of the days could be undisturbed. The sky is expected to be slightly cloudy on all five days with less chances of a downpour.

The Cape Town pitch is statistically the most pace-friendly of all South African pitches.

South Africa have rarely lost at the Newlands stadium, but India had breached the Centurion bastion and will be hoping to do the same in the picturesque Cape Town venue. A win for India will result in the team’s first-ever win in South Africa.