Djokovic's visa was cancelled after his arrival in Australia last week 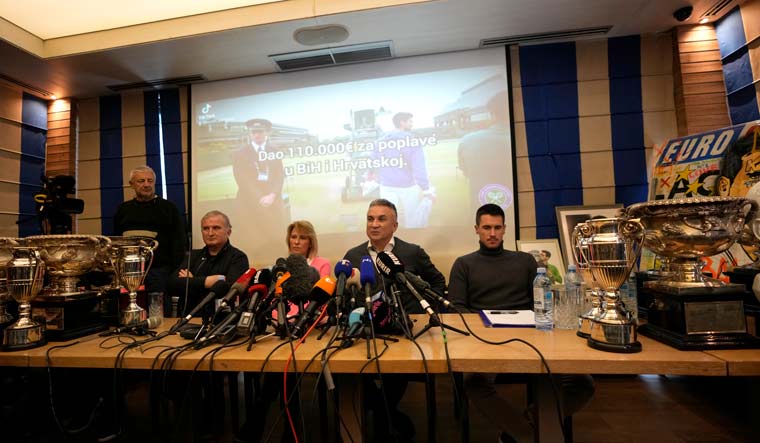 The family of Novak Djokovic said on Monday they were "grateful" for the Australian justice system after the Serbian won a court battle to stay in the country to contest the Australian Open, though the drama might not be finished, with the government threatening to cancel his visa a second time.

Federal Circuit Court Judge Anthony Kelly reinstated Djokovic's visa, which was cancelled after his arrival last week because officials decided he didn't meet the criteria for an exemption to an entry requirement that all non-citizens be fully vaccinated.

The judge also ordered the government to release Djokovic within 30 minutes from a Melbourne quarantine hotel where he has spent the last four nights.

Speaking in Serbia following the verdict, Djokovic's brother, Djordje, said the family had been up all night watching the case.

"We're grateful for the justice system of Australia, and I'm sure that, you know, justice will go on and the truth will, you know, be truthful all the way," he said during a briefing in Belgrade.

Despite the verdict Australian government lawyer Christopher Tran told the judge after the ruling that the minister for Immigration, Citizenship, Migrant Services and Multicultural Affairs, Alex Hawke, will consider whether to exercise a personal power of cancellation.

That would mean Djokovic could again face deportation and could miss the Australian Open, which starts on January 17.

Djokovic's mother, Dijana, said she was "worried" after hearing the case may not yet be over.

"I just hope it, it will stay like this, that he will be free and he will play," she said.

Djordje thanked the public for their support and stressed the family had "nothing but love" for Australia.