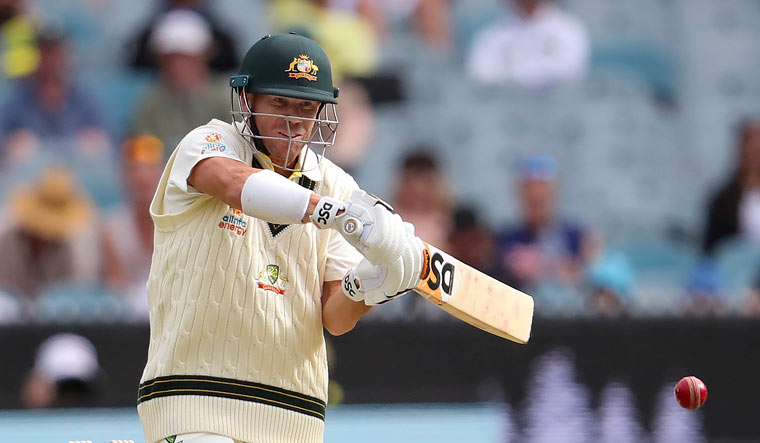 An Ashes series win in England in 2023 and defeating India in their own backyard are the two important milestones Australia opener David Warner is eyeing before calling it quits from Test cricket.

After retaining the Ashes with an unassailable 3-0 lead inside 12 days at the MCG here on Tuesday, Warner, who turned 35 in October this year during the T20 World Cup, where he won the player-of-the-tournament award in Australia's title triumph, admitted that he is not done yet.

"We still haven't beaten India in India. That would be nice to do. And obviously, England away, we had a drawn series (in 2019), but hopefully, if I managed to get that chance and opportunity, I might think about going back," Warner was quoted as saying by ESPNcricinfo.

Warner has played 13 and eight Tests across three series in England and two in India, respectively. But he has a poor record in both the countries, averaging 26 and 24 respectively without a century.

Warner would turn 37 by the next Ashes trip to England, but for the left-handed opener, age is just a number.

"I think James Anderson sets the benchmark for older guys these days," he said.

"We look up to him as we're getting on in our days. But for me, it's about performing to the best of my ability and putting runs on the board.

"I feel in good touch. As I said, I was out of runs not out of form, so hopefully, I can put some more numbers on the board leading into this new year."