The body recalled the ancient Greek tradition of 'ekecheiria' 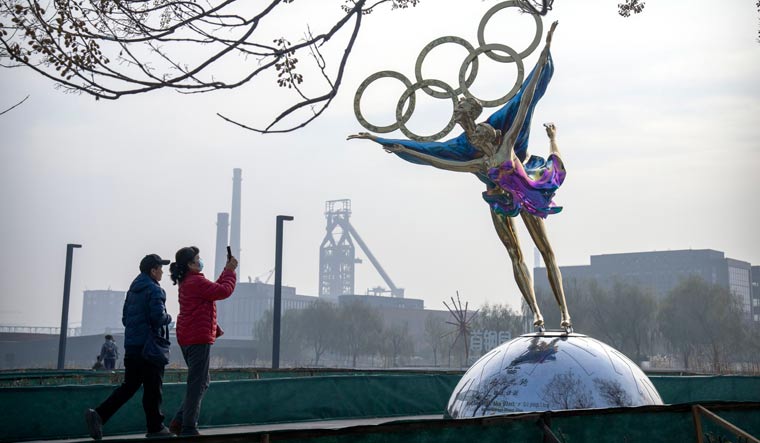 The UN General Assembly has urged all nations to observe a truce during the Beijing Winter Olympics starting in February, saying a halt to conflicts during one of the world's premier sporting events can be “a tool to promote peace, dialogue and reconciliation”.

A resolution adopted by consensus by the 193-nation world body on Wednesday recalled the ancient Greek tradition of ekecheiria, calling for an “Olympic Truce”, to encourage a peaceful environment and ensure safe passage and participation of athletes in the games, “thereby mobilising the youth of the world to the cause of peace”.

The resolution “urges members states to observe the Olympic Truce, individually and collectively” from the week before the start of the 24th winter Olympic games in Beijing until the week after the Paralympics. The Olympics run from Feb 4-20 next year followed by the Paralympics from March 4-13.

The General Assembly revived such calls for an Olympic Truce in 1993 after an appeal from the International Olympic Committee allowed athletes of war-torn Yugoslavia, which was on the brink of breaking up, to participate in the 1992 Barcelona summer games.

General Assembly President Abdulla Shahid told the assembly before the resolution's adoption that sport “brings together people of every religion, race, ethnicity, and political background to celebrate humanity's athletic prowess and potential”.

“It diverts energies from hostility and conflict towards friendly competition (and) it promotes an active lifestyle and supports our mental and physical well-being,” he said. It can instill the spirit of camaraderie, support quality education, and “relieve the psychological stress of the COVID-19 pandemic, which has taken a big toll on our collective psyche and left us so weary”.

Shahid said the pandemic has taught the world that “all of humanity shares a common destiny” and urged people everywhere to acknowledge their obligations to others and to the planet, and to “reflect on the pointlessness of conflict and aspire for peace”.

China's UN Ambassador Zhang Jun introduced the resolution, saying it had 173 co-sponsors and “sends a powerful message of unity and cooperation to overcome the pandemic”.

He said the government is making every effort to ensure the health and safety of all athletes and participants at the Olympics and Paralympics.

He said China is promoting the truce ideal in primary and secondary schools nationwide, while working to make the games “as clean and pure as ice and snow”.