IPL retention: Who are the big names released by the teams?

K.L. Rahul, Chahal, Rashid and the Pandya brothers go into the auction pool 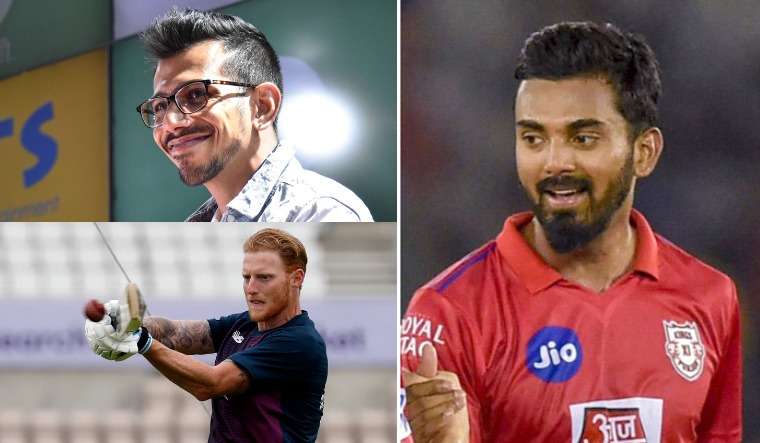 The announcement of the players retained by Indian Premier League franchisees on November 30 was always going to be controversial as teams could only retain four players (maximum of two foreigners).

For stacked teams like Mumbai Indians, Delhi Capitals and Chennai Super Kings, the owners were spoilt for choice. But there were also surprises springing from other teams like Punjab Kings and Sunrisers Hyderabad, where players opted out of continuing with their teams.

Across the eight teams, 27 players were retained and the rest of them go back to the auction pool as two new teams are added for the 2022 season.

A look at the big names released by the teams:

A team that won three of the last five IPL titles was built around a group of core players. Of these, Hardik Pandya, Krunal Pandya, Ishan Kishan and Trent Boult are the major absentees.

MI’s decision to not retain the young and explosive Ishan Kishan predictably did not go down well with a lot of fans, while the mercurial yet out-of-form Hardik Pandya finally bids adieu to the team that made him a global superstar.

Chennai fans will bid a tearful goodbye to the team’s all-time highest run getter, Suresh Raina. Dropping South African du Plessis for Moeen Ali was a tricky choice. Curran and Bravo, two brilliant all-rounders at the opposite end of their careers also had to be let go.

Rarely has a team been assembled with such utmost care to field a squad this talented and well-balanced. No wonder that team co-owner Parth Jindal expressed his frustration with the auction process.

One must spare a thought for the owners as the rock-solid side is suddenly dismantled.

The perennial chokers have always been chockful of big hittters. With AB de Villiers announcing his retirement from cricket, the decision was going to be slightly easier. Instead, RCB shocked its fans by retaining only three players and not spin-wizard Yuzvendra Chahal.

Moreover, the franchise will also go forward without last season’s purple cap winner and Chahal’s Haryana teammate, Harshal Patel. The 31-year-old was a relatively unknown entity until he equalled Bravo’s record of most wickets in a season this year (31).

This year’s runners-up have quite a few stars missing out on the retention slots. Captain Eoin Morgan for one, was overlooked, as was former skipper Dinesh Karthik. Both players had an average season.

The bigger misses for the team will be the young Shubman Gill and Aussie pacer Pat Cummins. Nitesh Rana and Rahul Tripathi also do not make the cut as the team retains four solid performers.

While it was initially reported that captain K.L. Rahul had been dropped, his was a prime example of a player who chose not to stay on with the underperforming side, according to coach Anil Kumble.

The team, though, feels it can sign better players than the likes of Chris Gayle, Mohammed Shami, Nicholas Pooran and Ravi Bishnoi and opted to keep just two players.

The Hyderabad outfit has had so many top foreigners in its ranks and yet decided to go with only one of them—Kane Williamson.

The fallout with former title-winning captain David Warner was closely followed, and despite his exploits at the T20 World Cup, he ends his phenomenal stint with SRH.

Afghan spinner Rashid Khan requested to be released after the side finished bottom of the league, while Jonny Bairstow, Manish Pandey, Bhuvneshwar Kumar and Mohammed Nabi were shown the door.

The likes of Chris Morris, David Miller, Shivam Dube and Jaydev Unadkat were also let go. Morris, Unadkat and Stokes are three of the most expensive signings in IPL history.

It is worth noting that teams can buy these players back at next year’s auction, but chances of nabbing these stars again could prove expensive as rivals would be keen to pounce on them as well.