Saha had missed the first innings too, K.S. Bharat is standing in for him again 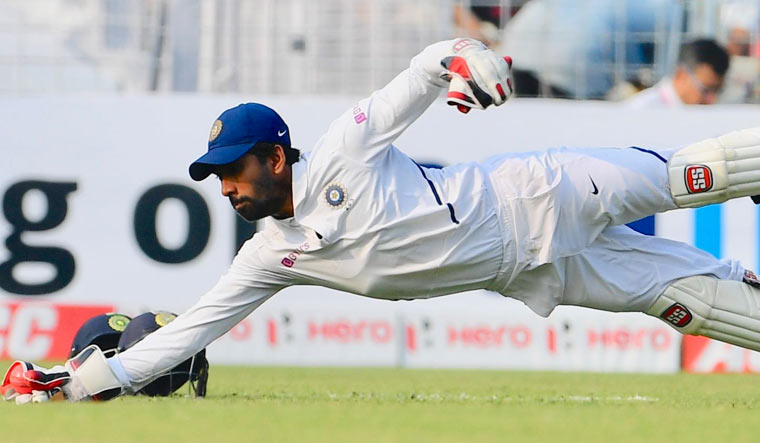 Stiffness in the neck did not allow India wicketkeeper Wriddhiman Saha to take the field on day five of the first Test against New Zealand in Kanpur on Monday.

Saha scored a fighting 61 (not out) on day four to put India in a strong position after the hosts lost five wickets for 51 runs.

"Wriddhiman Saha felt stiffness in his neck while keeping in the second innings. It was affecting his movement while wicket-keeping. K.S. Bharat will keep wickets in his absence on Day 5," said the BCCI in a statement.

Saha, who played the game in place of the rested Rishabh Pant, also couldn't keep for the majority of the first innings with Bharat proving to be an able replacement.

India set up a stiff victory target of 284 for New Zealand to win after declaring their second innings at 234 for 7 on day 4.