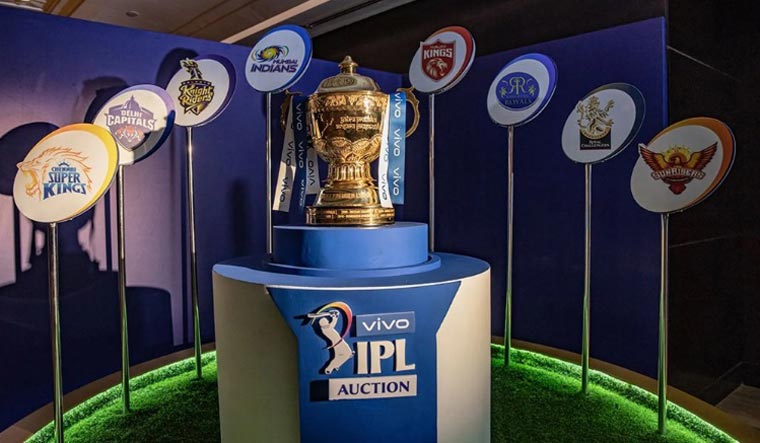 Some will unveil their core, while others might just go with a clean slate when the deadline to retain players ends on Tuesday for the eight existing IPL franchises.

Most of the teams have been making last-ditch efforts to keep players of their choice in the lead up to the mega auction next year.

After the eight teams finalise their retention plans, new franchises - Lucknow and Ahmedabad - will pick a maximum of three players between December 1 and 25 before the mega auction in January.

The likely retentions ahead of the deadline:

The franchise is all set to retain skipper Rishabh Pant, Prithvi Shaw, Axar Patel and South African pacer Anrich Nortje. They had to make the tough call of releasing other consistent performers like Ravichandran Ashwin and Kagiso Rabada, who they might look to buy back in the auction.

Another star player, Shreyas Iyer, is leaving Delhi after he didn't get his captaincy back following his return from a shoulder injury.

The five-time champions will build the side around their two pillars - skipper Rohit Sharma and lead pacer Jasprit Bumrah.

Suryakumar Yadav and veteran Kieron Pollard are next in their pecking order. It might well be a toss-up between Suryakumar and Ishan Kishan, both of whom went on to play for India after their exploits for Mumbai Indians.

Hardik Pandya is not the all-rounder he used to be due to his inability to bowl regularly and he might be one of the players the franchise tries to buy back on the auction table.

The four-time champions have more or less figured out their four players. Leader M.S. Dhoni picks himself and so does Ravindra Jadeja and the prolific Ruturaj Gaekwad, who was instrumental in the team's triumph this season following an early exit in 2020.

The tough call they need to make is in the overseas retention with the battle between the all-round Moeen Ali and team's long-time recruit Faf du Plessis.

With skipper K.L. Rahul set to go back into the auction, the franchise may look for another fresh start. Over the past two seasons, they lost crucial games they should have won and it cost them a play-off spot.

The team is keen on retaining its uncapped players Arshdeep Singh and Ravi Bishnoi, whom the side has groomed from their younger days.

Among the capped players, the team needs to decide its retentions among Mayank Agarwal, Mohammad Shami and Nicholas Pooran.

They are likely to retain Varun Chakaravarthy, Andre Russell, Venkatesh Iyer and Sunil Narine. But that would mean letting go of World Cup-winning skipper Eoin Morgan and Shubman Gill, who too can be their leader going forward.

Under Morgan, KKR made a remarkable comeback in the UAE leg of the 2021 edition by working their way into the final. Considering his proven leadership skills, it will be hard for the team to release him.

Making Sanju Samson the captain did not change their fortunes but Royals are likely to retain him alongside star England wicketkeeper batter Jos Buttler.

The team is in two minds about retaining Ben Stokes, who missed a majority of the 2021 season due to injury and mental health concerns, and Jofra Archer, who has had fitness issues in the past.

Uncapped opener Yashasvi Jaiswal is also in the fray.

"I am very tempted for Yashasvi Jaiswal because he's a young guy, who’s shown a lot of potential, and he could be the guy you could invest in," former cricketer Irfan Pathan told Star Sports about his take on the likely retentions.

Virat Kohli, who has stepped down from captaincy, will be retained alongside Yuzvendra Chahal. Glenn Maxwell too did enough this season to win the team's trust.

Harshal Patel, who made a successful India debut following a memorable IPL, and Mohammad Siraj are fighting for one retention spot. Opener Devdutt Padikal too would be hard to let go of for the perennial underachievers.

For a team that remained in the news for the wrong reason this year after a fallout with former captain David Warner, only two players - Kane Williamson and Rashid Khan - look set to be retained.

They also need to decide if they want to build the pace bowling line up around Bhuvneshwar Kumar and T. Natarajan or start afresh.