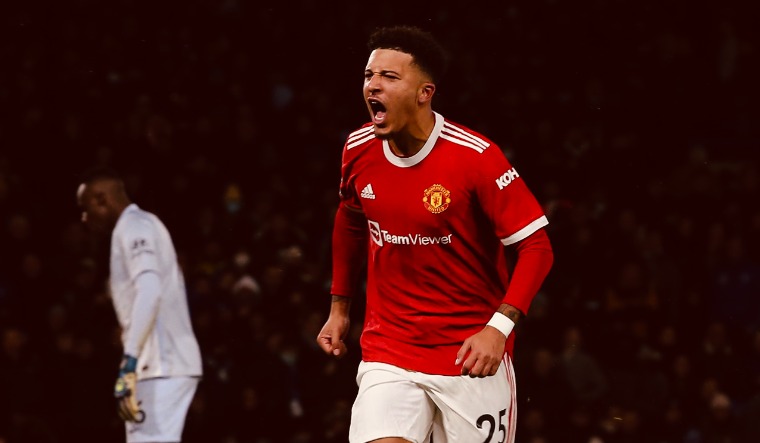 A Manchester United in transition stopped the march of Thomas Tuchel’s Chelsea as the league leaders were held to a 1-1 draw at Stamford Bridge on Sunday.

United are awaiting the announcement of a new interim manager, and in the meantime, former player Michael Carrick is overseeing matches. He controversially dropped Cristiano Ronaldo for the Chelsea game but managed to come away with a draw though the odds were stacked heavily against his side.

Despite the London side dominating the game, United’s Jadon Sancho scored his first Premier League goal after stealing the ball from Jorginho. Chelsea had 24 shots on goal, as against United’s three, but could manage to score only through Jorginho’s equalising penalty.

The draw cuts Chelsea’s lead at the top of the table to just one point, while United are eighth.

Earlier in the day, Manchester City beat this season’s surprise package West Ham, who are still in the top four. Ilkay Gundogan and Fernandinho scored two well-constructed goals for City before Manuel Lanzini’s belter in the last minute of the game pulled one back for the Hammers.

City are on a good run of form since their defeat to Crystal Palace last month, and came into this game after a strong win over PSG in the Champions League.

On Saturday, Liverpool thumped Southampton 4-0 as Diogo Jota bagged a brace and centre-back Virgil van Dijk scored against his former side.

Liverpool are up against neigbours Everton next week and are two points behind Chelsea. City, with 29 points, are one ahead of Liverpool, as the title race heads into the packed months of December and January.

Arsenal continued their revival as they beat Newcastle 2-0 to stay fifth, level on points with West Ham. Newcastle are still the only side this season that is yet to win a game after 13 match days.

IN the other games, Jamie Vardy scored a brace as Leicester end a winless streak with a victory over Watford, while Steven Gerrard wins a second consecutive match as coach of Aston Villa to pull the team away from the relegation battle.