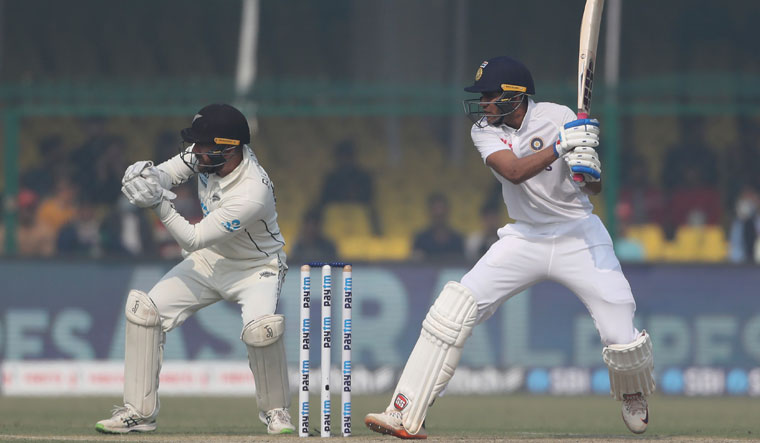 India reached 82 for one at lunch on day one of the first Test against New Zealand in Kanpur.

After opting to bat, India lost opener Mayank Agarwal (13 off 28) cheaply before Shubman Gill (52 not out) and Cheteshwar Pujara (15 not out) shared an unbeaten 61-run stand.

Pacer Kyle Jamieson (1/12) troubled Indian batters the most in the opening session. The Kiwis dominated the opening hour with off-spinner Ajaz Patel restricting the Indian openers with a neat spell.

After losing Mayank on 21, Gill and Pujara have steadied the innings—the youngster hitting a six and five boundaries and the veteran holding fort in the 61 balls he has faced.

Both teams have opted to go for three spinners and two fast bowlers, with the Indian-born Patel coming into the bowling attack early for New Zealand.

This is Rahul Dravid's first Test as head coach of the Indian team, and Ajinkya Rahane is the stand-in skipper in the absence of Virat Kohli and Rohit Sharma.

-With inputs from PTI