Gilchrist backs Cummins to be next Australia Test skipper

He must be reasonably happy to take the role given he's vice-captain, said Gilchrist 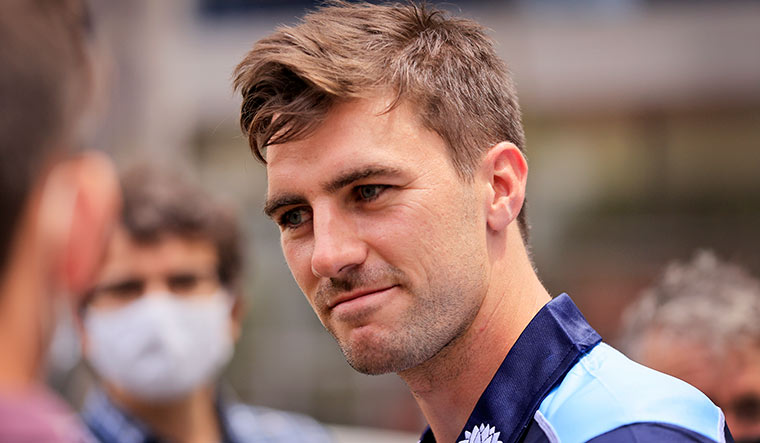 Former Australia wicketkeeper-captain Adam Gilchrist has said that fast bowler Pat Cummins should have the “first opportunity” at Test captaincy, following the resignation of Tim Paine.

Paine stepped down with three weeks to go for the start of the Ashes series, admitting to being involved in a sexting scandal in 2017.

“I think Pat Cummins is the frontrunner there. I’ve got no problems with him having the first opportunity,” Cummins told news agency Reuters.

“They should have him if he's keen to do it—and he must be reasonably happy to take the role given he's vice-captain.”

Gilchrist was vice-captain for many years under Ricky Ponting and had even led the team in six of his 96 Tests.

“I see no reason to pigeonhole Pat as a fast bowler who can’t do it," said Gilchrist. "I think he’s had a huge amount of respect from everyone, really — particularly from his teammates, so I think that’s the way they will lean.”

Cricket Australia are expected to announce the new captain this week as preparations are on for the iconic five-Test series against bitter rivals England that starts on August 8.

Though vice-captain Pat Cummins is the front-runner for the top job, former captain and batting mainstay Steve Smith is also in the reckoning, the country's cricket board said after Paine's resignation from the top job.

Smith is once again eligible for captaincy, having completed his two-year ban from leadership for his involvement in the 2018 ball-tampering scandal.

“I think it’s a case of whilst you’re away someone else has come in over the top of you, to an extent,” said Gilchrist. “Steve Smith could very well take the captaincy again but Pat Cummins will be the guy they lean to now.”

Paine stepped down from the post on Friday after being investigated by Cricket Australia (CA) for sending explicit messages to a female co-worker in 2017.

The messages date back to 2017, months before Paine was recalled to the Test team after a seven-year absence and a joint Cricket Australia and Cricket Tasmania investigation cleared him at the time.

He succeeded Smith as captain in 2018 after the batter was banned from international cricket for 12 months and suspended from leadership roles for two years.

“There are a range of candidates who are available for that role, Steve Smith is one of the candidates that is available for the role,” said CA chairman Richard Freudenstein during a virtual press conference following Paine's resignation.

Meanwhile, there are also speculations that the senior national team selectors are in favour of appointing Smith as skipper.