Where is Peng Shuai? UN joins in calls for probe into missing tennis star in China

The United Nations urged investigation with full transparency from Beijing 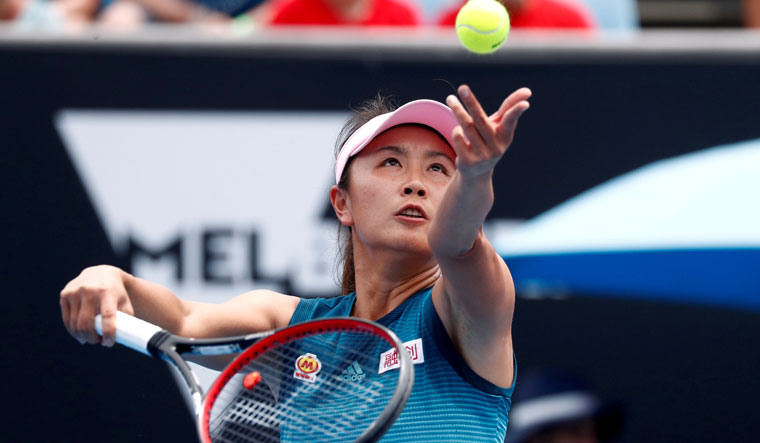 The calls for information into the whereabouts of missing Chinese tennis star Peng Shuai, who had gone missing after levelling a MeToo claim against a top Chinese Communist Party (CCP) official, has intensified. The United Nations was the latest to join the chorus, urging investigation with full transparency from Beijing. "What we would say is that it would be important to have proof of her whereabouts and wellbeing, and we would urge that there be an investigation with full transparency into her allegations of sexual assault," Liz Throssell, the spokesperson of the UN Human Rights office, told reporters, according to CNN.  "We would stress that it is important to know where she is and know her state, know about her wellbeing," Throssell said.

The head of the Women's Tennis Association (WTA), Steve Simon, also told CNN he is willing to lose hundreds of millions of dollars worth of business in China if Peng is not fully accounted for, and her allegations are not properly investigated.

Peng is a former world number one doubles player, who won the 2013 Wimbledon and 2014 French Open titles. In singles, she had reached the semifinals of the 2014 US Open, becoming only the third Chinese player to do so.

The doubles star had posted on Chinese social media site Weibo that former vice-premier Zhang Gaoli had coerced her into sex and they then had a brief affair. The post was taken down half an hour later but screenshots of it had already gone viral by then on private chat groups. Reactions and subsequent references to the post have been wiped out of China’s tightly controlled internet. Even references to her name have been reportedly blocked.

Since the post, Peng has been missing and the Women’s Tennis Association has been demanding not only assurances that she is safe, but also a “full, fair and transparent” investigation into the allegations. Several sports stars had come out in support of Peng. Novak Djokovic described the situation as “shocking”. “I don't have much information about it. I did hear about it a week ago. Honestly, it's shocking that she's missing, more so that it's someone that I have seen on the tour in the previous years quite a few times,” said the Serb.

“I have known Peng since she was 14; we should all be concerned,” former world number one Chris Evert wrote on Twitter. “This is serious; where is she? Is she safe? Any information would be appreciated.”