Barcelona set to finalise Xavi appointment by this week: Reports 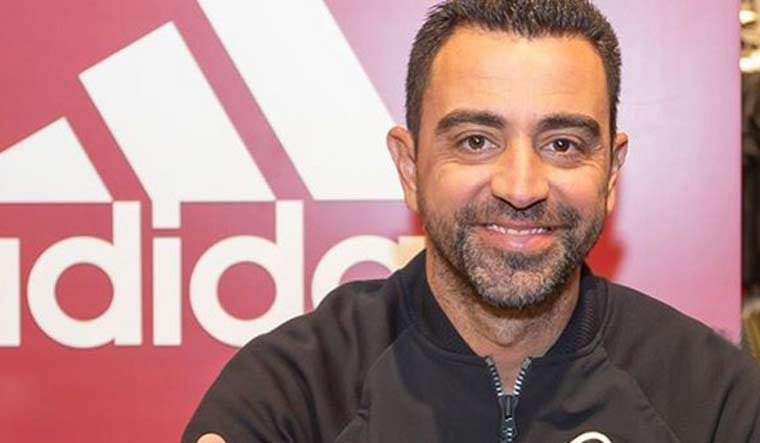 FC Barcelona are set to announce former Spanish star Xavi Hernandez as the team's head coach before the end of the week as a delegation from the club has travelled to Qatar to seal the deal.

According to ESPN, Barcelona vice-president Rafa Yuste and director of football Mateu Alemany went to Doha after the team's 1-0 win over Dynamo Kiev in the mid-week Champions League game.

Xavi is currently the manager of Qatari team Al Sadd and the match against the team's title rival Al-Duhail tonight could be his last, bringing to an end his six-year player-coach stint in Qatar.

Yuste and Alemany are expected to negotiate with the club over the next few days to finalise his exit. Xavi has reportedly already agreed to personal terms with his former team.

Barcelona had fired Dutch head coach Ronald Koeman last week after a run of poor results and installed B-Team coach Sergi Barjuan as an interim replacement. Barjuan is likely to oversee games until the international break next week, following which Xavi could take over.

Xavi was always the club's number-one choice to replace Koeman, though there were other options like Belgium head coach Roberto Martinez.

A fan favourite in Catalonia, Xavi will be expected to bring about a revolution at the club to lift them from the current slump and reinstate the passing style that brought the club much success a decade ago.