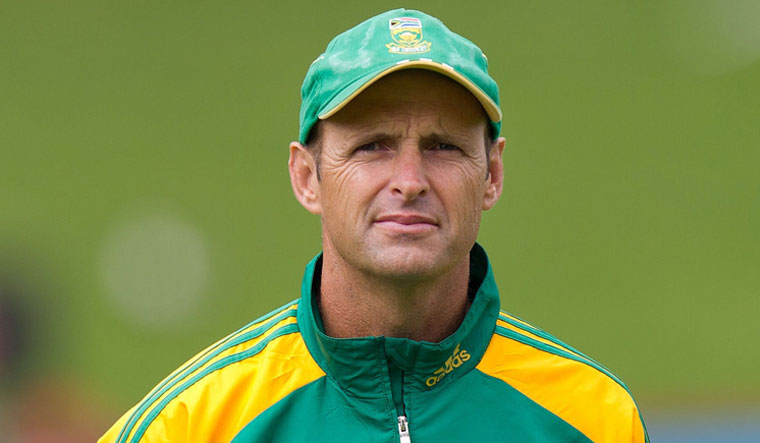 Former South African player Gary Kirsten, who coached the Indian team to World Cup glory in 2011, is rumoured to be on the Pakistan Cricket Board's shortlist for the position of head coach of the men's team.

According to The Indian Express, the former opening batsman tops the priority list, followed by Australian Simon Katich and Englishman Peter Moores.

Pakistan is currently coached by former spinner Saqlain Mushtaq, but he has been given the role only on an interim basis after former captains Misbah-ul-Haq and Waqar Younis stepped down from their positions as head coach and bowling coach ahead of the ongoing T20 World Cup.

The changes were made after Ramiz Raja took over as chairman of the PCB, and it is said that Raja prefers a foreign head coach.

Kirsten could be offered the job on a permanent basis, the newspaper reported, but it remains to be seen if he will accept the role.

After that, he was head coach of South Africa from June 2011 until August 2013, when he declined to renew his contract, citing family commitments. Kirsten had also served as batting coach and then head coach of IPL side Royal Challengers Bangalore from 2017 to 2019.

He is currently involved in a business he started that provides online coaching certificates.

Last month, when asked if he was interested in making a comeback as coach of the Indian cricket team—incumbent Ravi Shastri's tenure ends with the World Cup—Kirsten said that he was not considering coaching roles at this time.

The other two being considered for the role are Katich and Moores. Katich worked as assistant coach of Kolkata Knight Riders before a brief stint as head coach of RCB. Moores, who has coached the England national team before, recently signed a three-year contract extension with Nottinghamshire County Cricket Club.

Misbah's resignation came as a shock a month before the start of the World Cup. Though he stated that he was stepping down to avoid spending time away from family in an extended bio-bubble, it was apparent that Ramiz Raja's arrival had a say in the decision.

Raja had always maintained that he was unhappy with Misbah's coaching of the team. Kirsten was rumoured to replace Misbah as early as this January, but the PCB persisted with the former Pakistan batsman. Now, the South African who helped their rival neighbours win the ultimate prize is on their radar once again.