If you think too much while batting, you mess your plans: Dhoni

Ruturaj Gaikwad is someone willing to bat 20 overs, said the CSK skipper 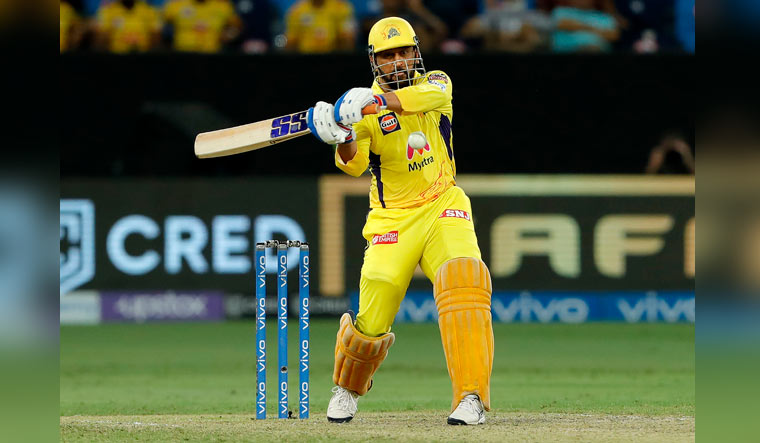 Mahendra Singh Dhoni walks the talk when he speaks of having an uncluttered mind while doing the finishing job for Chennai Super Kings, something he did with elan on Sunday against Delhi Capitals to take his team to a record ninth IPL final.

Dhoni scored 18 off six balls to ensure CSK's passage into the final against DC in a successful chase of 173.

“I've not done a lot in the tournament, so wanted to look for the ball and see what the bowler can do. I was batting well in the nets. But wasn't thinking too much. If you think too much while batting then you mess your plans up,” Dhoni said at the end of the match.

He praised DC for bowling well and exploiting the big boundaries to good effect.

“My innings was a crucial one. Delhi has a very good bowling attack. They exploited the conditions well, so we knew it would be tough. My plan was simple, see the ball, hit the ball.”

Dhoni said that he keeps his chats with the team's premier batter Ruturaj Gaikwad simple.

“Whenever Ruturaj and I have a chat, it's a simple chat. I want to know what he was thinking. It is good to see how well he has improved. He is someone willing to bat 20 overs,” he said.

On promoting Shardul Thakur to No 4, Dhoni said that he wanted to check out if he can get a couple of boundaries that can make a difference when the gap between runs required and balls left is 15 to 20.

“Shardul has done decent batting, as has Deepak. They are allowed to go for the shots from the first ball unlike other top-order batters.”

It was the situation that prompted him to send Robin Uthappa at No 3 instead of Moeen Ali.

“Robin enjoys batting at the top but Moeen has been excellent at No 3. But we have created a situation where either of them could bat at No 3 depending on the situation and the opposition.”

Dhoni feels the kind of practice they got the last season after being knocked out of playoffs helped this season as it was evident with Ruturaj scoring 600-plus runs with one more match to go.

“Last season was the first time we didn't qualify into playoffs. But we wanted to just make use of the 3-4 games left last season and a lot of our batters made use of that. That is the reason why we have come back strongly this season.”

DC skipper Rishabh Pant was disappointed with the outcome but vowed to come back strongly in the next game.

“Obviously, it is very disappointing, and I can't have enough words to describe how we are feeling.”

The decision to use Tom Curran in the 20th over was based on his performance during the first three overs in which he got two for 14.

“I thought Tom bowled beautifully throughout the match, and so I thought better to use him for the last over. The score was decent, and they got off to a flier. That was the main difference. We are going to rectify our mistakes, learn from it and hopefully, we can move on and play the final.”