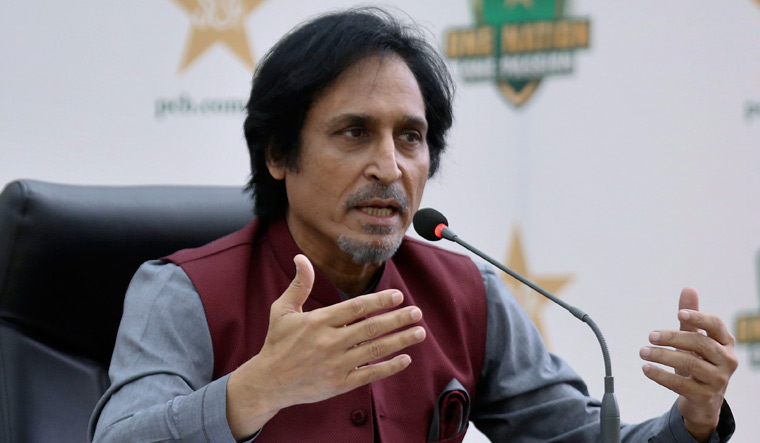 Pakistan Cricket Board chairman Ramiz Raja has told his government that the board could collapse if the Indian government wants it to.

Raja was briefing the Senate Standing Committee on Inter-Provincial Coordination, where he was talking about the PCB's excessive dependence on the ICC, which in turn was dependent on India for its revenues.

He said that 50 per cent of PCB's funding was from the ICC.

“ICC funding means that the body conducts tournaments and distributes the money among member boards,” he said.

“Ninety per cent of ICC's funding comes from Indian markets,” said Raja. “So, in a way, India's business houses are running Pakistan cricket.

Raja went on to add that if Prime Minister Narendra Modi decides to stop the funding at any point, the PCB would collapse.

“Pakistan contributes zero to the ICC's revenue,” he said.

"The ICC is a politicised body divided between the Asian and Western blocs and 90 per cent of its revenues are generated from India,” the PCB chief said.

Raja said the ICC had become more of an event management company and the PCB would have to make its voice heard if it does not want a repeat of the cancellation of confirmed series by New Zealand and England.

He also hinted at “some good news” regarding the postponed New Zealand series in the coming weeks. Raja indicated that New Zealand cricket board was working on a new schedule to tour Pakistan.

"What if we do not allow the New Zealand tour?" asked committee chairman and senator Raza Rabbani, suggesting the PCB refuse to play New Zealand as a sign of protest.

Raja pointed out that this would not be possible as Pakistan was part of the international cricket community.

“We have to live with them,” said Raja. “But we can tell them that Pakistan can find a time window for the tour at some point in 2022.”

He added that the PCB had written a “strong letter” and had the backing of experts around the world that there is a lot of politics under way at the ICC.

During the briefing, Raja also said that a "strong investor" told him that a blank cheque was ready for the PCB if Pakistan beat India in the upcoming T20 World Cup.