Winning streaks come to an end for Bayern, Real Madrid 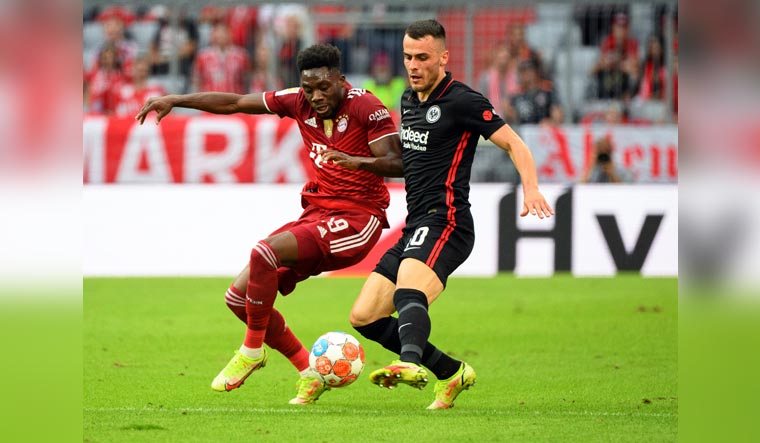 Espanyol ended Real Madrid's 25-game unbeaten run in La Liga with a 2-1 defeat of the Spanish giants. It was Madrid's third consecutive game without a win after the goalless draw against Villareal last week and the shock loss to Moldovan club Sheriff Tiraspol in the Champions League.

Madrid is still top of the league, despite the loss. The team has a superior goal difference over champions Atletico Madrid.

Barcelona are now ninth in the league having won only one of their last four league games. The team has a game in hand though.

In Germany, Bayern Munich were handed their first defeat to Eintracht Frankfurt in 21 years. Bayern were also on a nine-game winning run in all competitions before Filip Kostic scored the winner for the Frankfurt side in the 83rd minute.

Though Bayern had plenty of chances, they failed to capitalise on and paid the price for it. Eintract keeper Kevin Trapp denied Serge Gnabry, Leroy Sane and Robert Lewandowski multiple times as the hosts failed to find an equaliser or the winner.

Bayern have collected 16 points from their seven games and are leading the table, ahead of Borussia Dortmund and Freiburg, both of whom have 15 points.

The shock of the week though was reserved for the French league, where a full-strength Paris St Germain team were stunned by Rennes.

Rennes scored two goals before and after the half time break, without any reply from the Paris side despite the team starting the famed front three pair of Kylian Mbappe, Lionel Messi and Neymar.

Messi saw free-kick hit the crossbar and created multiple chances for Mbappe, but the Rennes defence proved to be too good for the star-studded team to handle.

PSG won all eight of its opening games and are leading the table despite the loss, but there will be serious questions asked of coach Mauricio Pochettino, as he is yet to get the best out of the front three forwards.