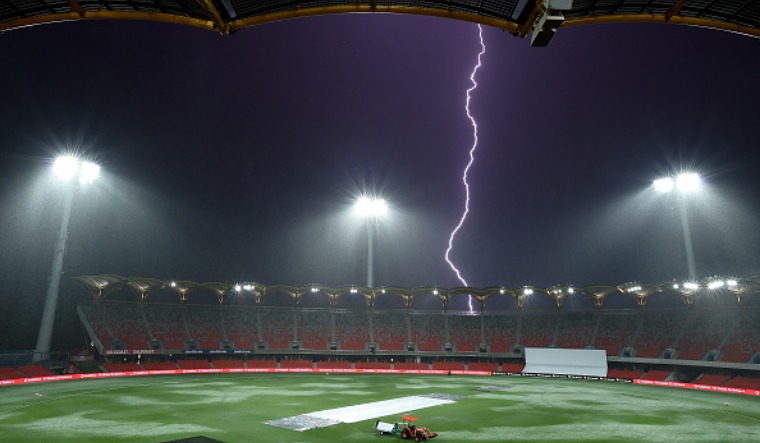 Lightning and torrential rain brought a premature end to second day's play with India reaching 276 for five against Australia in the one-off day-night Test in Gold Coast, Australia, on Friday.

The opening day was also affected by the weather.

Deepti Sharma was batting on 12 and Taniya Bhatia was yet to open her account as the players walked off the field and the covers were brought less than 20 overs after dinner.

Thunderstorm and heavy rain followed and no play was possible thereafter.

India lost two wickets in the second session, including that of skipper Mithali Raj for 30 and debutant Yastika Bhatia for 19.

The 25-year-old Mandhana became the first Indian woman to hit a century in day-night Tests and also the first from the country to reach three figures in the game's traditional format on Australian soil.

Mandhana made 127 off 216 balls with the help of 22 boundaries and a six at the Carrara Oval, and added an Indian record of 102 runs in Australia for the second wicket with Punam Raut (36), continuing the good work after putting on 93 with Shafali Verma on a rain-marred opening day.