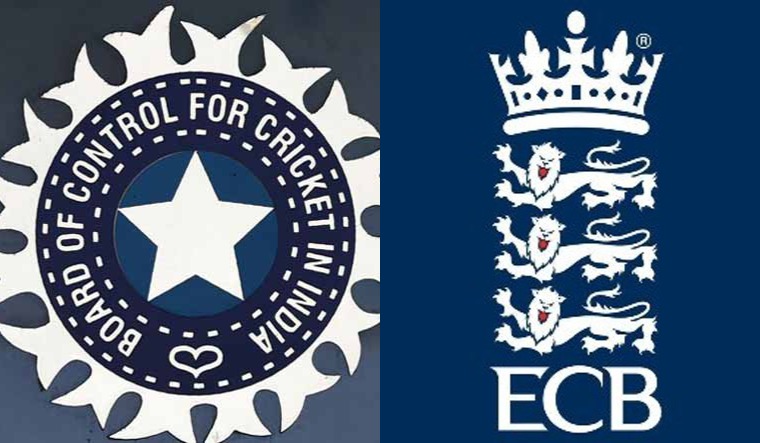 What is the final result of the Test match series between India and England? This question has left everybody flummoxed, with neither England nor India being able to decide which way the abruptly-ended series will go. Who gets how many points in the ICC World Test Championship and who gets to keep the Pataudi Trophy remain some of the key unanswered questions.

The two cricket boards are engaged in hectic confabulations. England and Wales Cricket Board chief Tom Harrison said yesterday that BCCI had offered to play the last and called-off Test match at a later date. However, there are some grey areas. Most importantly, it was not clear whether the rescheduled Test match would be part of the Test series India were leading 2-1 or as a first match in another series, or as a standalone fixture. India are scheduled to play an ODI and T20 series in England in 2022. "I don't know yet. I know fans will be anxious to know that, and players are too. There are sensitivities on every side, but we need to get that answer right," Harrison had told the media on Friday after the Manchester Test was called off due to Indian players' reservations after the COVID-19 breakout in the support staff, more so after Yogesh Parmar, assistant physio, who had attended to team members at Old Trafford post a training session, testing positive.

Reportedly, the idea that the International Cricket Council will be brought into the picture to decide the fate of the series has been gaining ground in England. However, the ICC itself doesn't see a direct role for itself in this issue. According to information gathered by THE WEEK, ICC comes only into the picture indirectly if either of the two boards goes with a complaint to its Disputes Redressal Committee. "This is a bilateral series, the ICC does not have much of a role directly in it. Ideally the two boards can sit and thrash things out, mutually agreeable to both."

It must be noted that even Harrison has mentioned that the Indian team members were not mentally ready to play the match, concerned as they were about an outbreak among players and their families. "India simply felt that they got to a point where they weren't able to take to the field. That is understandable.

As administrators, we need to be really clear that mental health has to be a priority for us when we're thinking about the length of tours and the conditions under which people were expected to perform," Harrison said on Friday.

The cancelled Test match has created many issues for the host board. While it faces a loss of reported USD 41.6 million approximately, there is also the matter of precious ICC World Test Championship points at stake. A total of 60 points were at stake - each Test win awarding 12 points, six for a tie and four for a draw.

As things stand, India having won 2 Tests, drawn 1 and lost 1, have 26 WTC points from 4 Tests with 2 points being docked for slow over-rate. England have 14 points.

Experts point to clause 16.12.1 of the playing conditions of the WTC 2021-2023 which can lead to a possibule resolution of the issue between India and England. This clause is related to "accepted non compliance" by either one or both teams. While COVID-19 is not specified in this clause but, given the circumstances, those in know about playing conditions believe this clause is "100% applicable" to this case.

According to this clause wherein WTC 2021-2023 Ponts table will rank the teams by percentage of available points earned by each team, "any matches that do not take place due to the Acceptable Non Compliance of one or both Parties shall not be taken into account in the calculation of the points percentage."

It remains to be seen how far BCCI will go to ensure amicable and mutually acceptable resolution, given that ECB in the past has always stood with India in its hour of crisis. How far will it go to compensate ECB for its losses and can ECB find a suitable window and agree to make this part of the unfinished series or treat it as a one-off Test match ahead of the white-ball series in 2022, are some answers that both boards will seek to arrive at in coming days.