From a precarious 62 for five, England staged a remarkable recovery to score 290 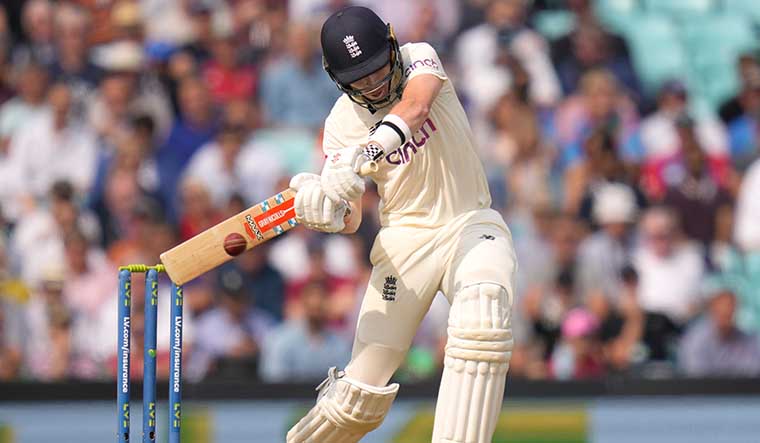 India allowed Ollie Pope and Chris Woakes to earn a substantial 99-run first innings lead for England on day two of the fourth Test at The Oval, leaving their star-studded batting line-up to rise to the occasion in the second essay after a string of indifferent performances.

In the absence of Mohammad Shami, the Indian pace attack did not seem potent enough on the day and was unable to put sustained pressure on the batsmen.

From a precarious 62 for five, England staged a remarkable recovery to score 290 on a pitch getting better for batting with each session.

But despite losing the initiative, India are still in the match after restricting the English lead to less than 100.

The men responsible for giving England the upper hand in the game were Ollie Pope (81 off 159) and Chris Woakes (50 off 60) whose attacking innings in the final session could well prove to be the difference in the match.

India batting, which has let the team down often in overseas conditions and also in the series so far, will have to find a way to score at least 300 plus in the second innings.

The openers Rohit Sharma (20 batting) and K.L. Rahul (22 batting) made a promising start, taking India to 43 for no loss in 16 overs at stumps on day two. They still trail England by 56 runs.

Rohit got a life on 6 when Rory Burns failed to sight a regulation catch at second slip.

Considering the batting friendly conditions at The Oval, the batsmen, especially the struggling middle-order, will be expected to deliver and keep India in the game.

India's third and fourth choice pacers - especially Mohammad Siraj and Shardul Thakur, were not able to maintain pressure put by Umesh Yadav (3/76) and Jasprit Bumrah (2/67) early in the England innings.

England were bowled out after tea with Woakes getting run out after a destructive knock comprising 11 fours.

The pitch played true allowing the England batsmen to hit on the up.

Pope, playing his first match of the series, showed an attractive range of strokes including on the up straight drives and cover drives.