WATCH: To win Olympic medals, we need to improve in all aspects, says Viren Rasquinha on 'Namaste Tokyo'

Playing against Australia, you don’t get time to think, says ex-India hockey captain 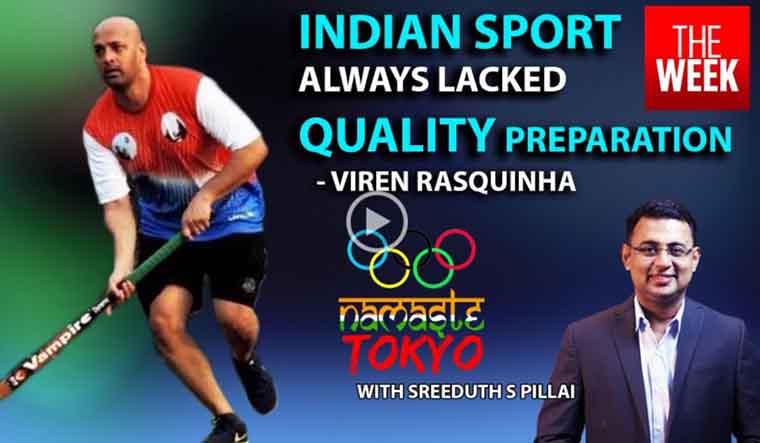 After India’s defeat in the group stage of the 2004 Athens Olympics, Viren Rasquinha had achieved many of the dreams a young athlete could have: He had represented India in both a World Cup and at the Olympics. Four years later, he retired at the age of 28 to pursue his studies in management and eventually a corporate career. But, fate saw him return to the world of sport.

As CEO of Olympic Gold Quest, the former Indian hockey national captain has a lot riding on the present and next generation of Indian athletes. With the goal of getting the next generation of athletes prepared for an Olympic medal, he devoted himself to the art of training potential Olympians. After all, what better guide for the Olympics than an Olympian themselves?

“The next best thing to playing hockey is looking after the training of India’s best players across sports,” Rasquinha tells sports broadcaster Sreeduth S. Pillai on Namaste Tokyo.

In the wide-ranging interview, he talks about his decision to retire young.

He talks about the benefit he had from having a former Olympian train him at an early age: Marcellus Gomes.

“Marcellus Gomes taught me everything I knew at that young age: not just technical skills of hockey but he also taught me discipline, commitment, teamwork. He taught me to believe in myself,” Rasquinha says.

Rasquinha has particular reason to feel the need to guide a new generation of Indian players: The men’s team India has not won an Olympic medal in hockey since 1980.

“Historically in Indian sport, we have never prepared at the quality and levels that we need to be preparing. If we just want to participate in the Olympics, we just have to continue what we have been doing for the past four decades. About winning Olympic medals, we need to improve in all aspects,” he says.

He gives a visceral description of the challenges that comes with playing Australia.

You can watch the full interview below.