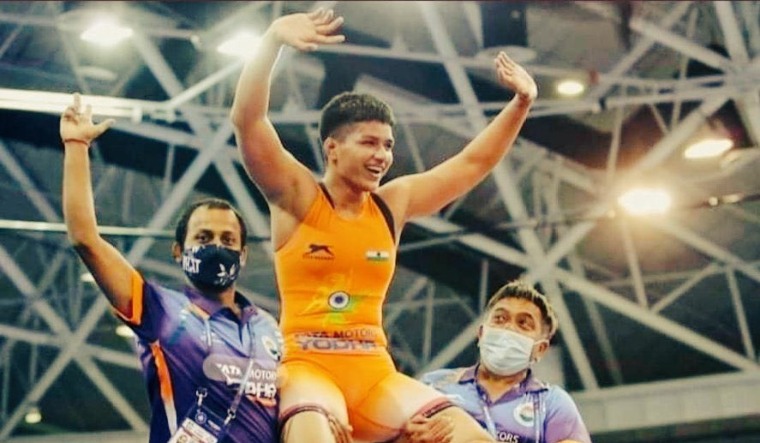 Indian junior wrestler Priya Malik won a gold medal in the 73kg category at the Cadet World Championship in Budapest, Hungary, on Sunday.

The Cadet World Championship is a tournament where the "best Greco-Roman, Freestyle and Women wrestlers" worldwide below the age of 17 compete.

Priya Malik had won gold at the Khelo India youth games in Pune in 2019. On Friday, Jaskaran Singh won a silver medal in the 60kg freestyle category, after he lost to Kamronbek Kadamov of Uzbekistan.