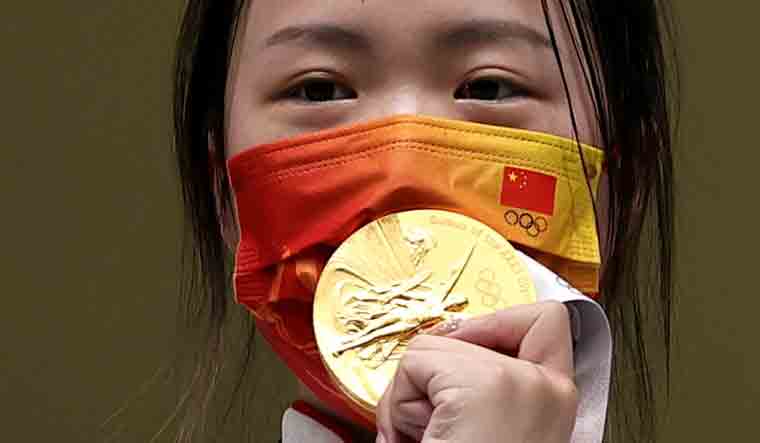 Yang claimed gold with an Olympic record score of 251.8.

The first medal ceremony of the Games saw Yang presented with her gold by International Olympic Committee president Thomas Bach.

"I was really nervous. The competition was really tight, but I'm so happy that I could win," Yang said.